What is CBD oil? Everything to know about the latest health trend 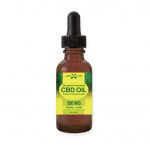 It’s a buzzy trend in the wellness world, and while CBD is one of the compounds found in the cannabis plant, don’t worry — it won’t get you high. Here’s what you need to know about the latest ingredient everyone’s talking about.

CBD is the abbreviation for cannabidiol, one of the many cannabinoids, or chemical compounds, found in marijuana and hemp.
You’re probably already familiar with THC, which is another compound found in the cannabis plant. But unlike THC, CBD is not psychoactive. In other words, it’s not what gets you stoned. It’s also different from medical marijuana, which has been shown to reduce pain.

What does it do?

Research has shown CBD may be helpful by lessening anxiety for people who have schizophrenia or psychosis, or who are addicted to opiates. There’s also evidence it can help children who suffer from epilepsy. Because of its anti-inflammatory properties, CBD could even help treat acne.

Advocates believe there are many potential health benefits. Clinicians say more research needs to be done, but they have a hard time getting their hands on CBD for clinical trials because the government considers it a Schedule I drug (drugs that aren’t accepted for medical use and have a high potential for abuse, according to the Drug Enforcement Administration).

“I do believe that cannabidiol has potential, absolutely,” she added. “But you need studies to really be able to give us knowledge about how much CBD each day someone should take for their particular illness, and how it might interact with other medications they take. That’s what you get with a clinical trial.”

How do you use CBD?

CBD can be taken orally or applied topically, depending on the product. There are lots out there, from gummies and softgels that supposedly ease anxiety, to calming bath soaks, to creams and oils. Recently, these “Not Pot” chocolates have been making the rounds on our Instagram feeds.

Most of the products claim to ease pain and anxiety. But whether or not these products actually contain the amount of CBD they advertise is up for debate, because they’re not approved by the Food and Drug Administration. (In fact, in 2015 the FDA sent warning letters to companies making unfounded health claims about products that supposedly contained CBD. It also tested the products and found many of them didn’t even have the amount of CBD they’d advertised.)

Is CBD safe … or even legal?

The law depends on where you live. Some states, like Colorado and California, have legalized the recreational use of marijuana, while other states have legalized medical marijuana. Still others have introduced CBD-specific legislation, such as Indiana, which earlier this year passed a bill allowing some epilepsy patients to use products containing CBD.

“It is important that people understand that just because it’s sold online doesn’t mean it’s pure CBD that they’re getting, and two, that there aren’t toxins included,” she said. “The chemicals they use to extract the CBD can have toxins in them. I would be very careful if I were someone trying to buy something online.”

“People should be vigilant like they are with every other medication they take and ask as many questions as possible,” she added