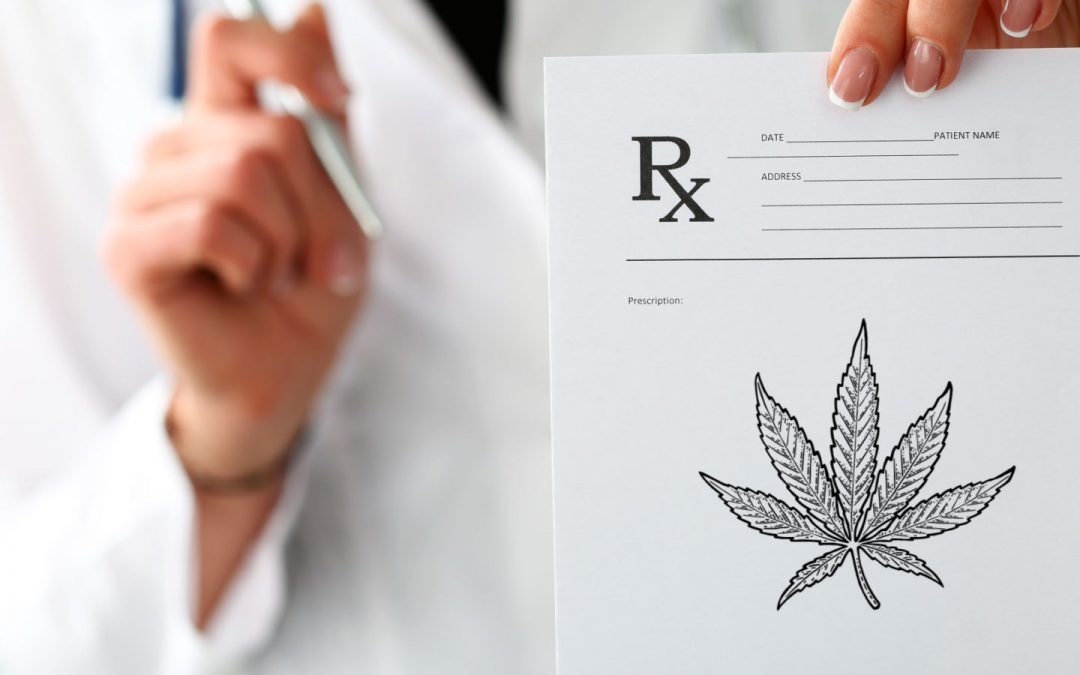 CBD is all the rage among patients. It’s launching their physicians into uncharted territory

French, a neurologist at New York University’s Langone Health, tries to steer her patients away from sprinting to the neighborhood bodega to buy versions of the hemp derivative that’s better known as CBD.

She, like so many other doctors around the country, is torn — on the one hand, there’s scant guidance for how to treat a patient with a CBD supplement, and there are few reputable sellers who can guarantee what they’re selling. There’s not nearly as much science behind those products as with a typical prescription medicine. On the other hand, there is one FDA-approved drug based on CBD, fully cleared based on the agency’s rules for safety and efficacy, with dosing information at least for the patients who have the two types of epilepsy it treats.

“The last thing that you can do is tell them, ‘Don’t do it,’ because that doesn’t work. You can say, ‘Here’s what I know, and if you decide in any case to do it, please let me know,’” French said. “You have to keep them in the discussion and go with them the best that you can. … The buzz and the intensity of the desire of people to take it is so great.”

French, like so many other doctors around the country whose patients are clamoring to try the supplement, is in uncharted territory.

More than half a dozen neurologists and other physicians around the country spoke with STAT about the difficult decisions and even headaches that CBD — sometimes a supplement, sometimes a drug — and its booming popularity have created for the medical community. Should they encourage a treatment that may not work but also may not hurt their patients, if it gives them hope? Or should they reject any treatment out of hand that hasn’t been proven effective?

For those doctors that do decide to “prescribe” CBD, there’s a whole new set of questions. How can they help a patient get a safe product in a largely unregulated market? How does a doctor dose CBD? And exactly what should that doctor monitor after the patient starts treatment?

“It is [as] if suddenly Prozac was a dietary supplement,” French said.

Twenty-six percent of Americans have tried CBD in the last two years, and the rates are much higher for patients with conditions that seem to respond to CBD treatment. A recent survey of arthritis patients, for example, found that more than 50% of respondents had tried CBD to treat joint pain.

Perhaps no patients are more interested than those with epilepsy, especially after the Food and Drug Administration’s 2018 approval of Epidiolex, from GW Pharmaceuticals.

That approval, in fact, is at the heart of the conflict doctors now face. Right now, the FDA regulates drugs and dietary supplements like vitamins, minerals, or even herbs very differently — in fact, legally, anything regulated as a drug can’t also be regulated as a supplement.

CBD, at least for now, is straddling both worlds. While CBD supplements are technically illegally under current law, the FDA seems intent on fixing that. Top FDA officials have hinted that they will eventually aim for something of a compromise, regulating products with less than a certain amount of CBD as supplements, and those with more as drugs.

But until they figure out the path forward, the murky categorizations have left doctors confused.

The drug is only approved to treat two types of epilepsy. And it’s not like doctors treating patients with other conditions can look to the supplement makers. For one, most aren’t especially trustworthy. A 2017 study in the Journal of the American Medical Association found 69% of CBD supplements researchers tested had CBD levels wildly out of whack with what was advertised.

Dietary supplement makers are also barred from providing specific guidelines on using their product to treat a specific illness.

French said she tries to get her patients with epilepsy access to Epidiolex. When she can’t, she will encourage patients to take a low dose of the corner-store variety, with hopes that they’ll find some relief — or at least not hurt themselves.

Dr. Kevin Chapman, an epilepsy specialist at Children’s Hospital Colorado, said he usually offers to prescribe Epidiolex, but in about one-third of his conversations with patients covered by private insurance, the patients push back and ask for a cheaper option.

Chapman, however, is explicitly barred from recommending CBD by his hospital, since it’s not an FDA-approved drug. Instead, he must tell interested patients to see one of the many doctors in Colorado who will help get patients in the door at the state’s marijuana dispensaries.

Both he and French also focus on monitoring patients who do decide to treat themselves with CBD or marijuana. They both will do blood work, for example, to make sure CBD isn’t harming the liver, or interacting with other drugs.

Chapman also said he will review the FDA-recommended dosing for Epidiolex with patients, so they have a sense of how much CBD they should take — even though the patients aren’t taking that product.

That terrifies GW Pharmaceuticals, the company behind the drug.

“If you have no idea what percentage of CBD is in those products, then how can you even come up with some sort of a dosing schedule?” Steve Schultz, the company’s vice president of investor relations, wondered to STAT in an interview.

Others say they are relying on a commonsense rule of medicine: start small, and then increase the dose.

Dr. Ajay Wasan, the vice chair of pain medicine at the University of Pittsburgh, is a CBD skeptic. But his patients, too, are eager to try it.

He said the first thing he tells them is, “I don’t know what to tell you to get. But whatever you do get, you want to start very small.”

He advises that patients cut the recommended dosing on the bottle in half.

Dr. Michelle Cameron, a neurologist specializing in multiple sclerosis at Oregon Health and Science University, maintains there is some research showing that cannabinoids — the class of drugs that includes both CBD and THC — can help with certain symptoms related to MS, particularly spasticity, a symptom that makes patient’s muscles feel tight and hard to move. But she still doesn’t recommend CBD to her patients.

Instead, she, like Wasan and Chapman, helps monitor patients taking the products on their own.

Dr. Benzi Kluger, a neurologist at the University of Colorado who specializes in Parkinson’s disease, generally will agree to treat patients with CBD who ask, despite his agreement that there’s “really no evidence supporting it for Parkinson’s disease.”

Kluger lumps his willingness to treat patients with CBD alongside his support for everything from acupuncture to tai chi.

“Generally I’ve taken a pretty open and pragmatic approach to dealing with all of those,” Kluger added. “Basically with the philosophy being that if something’s safe, if the patient has a high interest in it, and we are doing things in a monitored fashion, then I’m generally OK with moving forward with it.”

The companies behind most of the CBD products you see on the market — the gummies and the pills and the oils you can mix into your smoothies — are legally barred from sharing explicit prescribing and dosing advice. Instead, the FDA allows supplement makers only to make more roundabout “general well-being” claims. A supplement can’t “treat arthritis,” for example, but it could “support joint health.”

That hasn’t stopped these companies from figuring out ways to reach doctors anyway.

The CBD seller Ananda Hemp, for example, hosts CBD training sessions specifically for doctors. An invitation for the company’s upcoming event in Lexington, Ky., describes the event as “The Ultimate Hemp Education Event for Healthcare Professionals” and promises to provide information on “how to compare CBD products to ensure safety and effectiveness” and “the pharmacology and dosing of phytocannabinoids.

Charlotte’s Web, a competitor of Ananda’s, openly admits it relies on industry-funded nonprofit organizations that can provide more explicit advice to patients and their doctors about treatment and dosing, as a way to get around the FDA’s ban.

“We definitely try to refer docs to interface with nonprofits that we donate money to, as a resource for them to get information about dosing or condition-specific kind of information,” said Matt Storey, Charlotte’s Web’s director of sales for health care.

One such nonprofit, Realm of Caring, provides both patients and doctors with their own dosing guide, training webinars, and even a hotline that provides advice on common CBD issues. There’s a catch: Realm of Caring doesn’t have a single medical doctor on staff.

“We are not doctors, we are not nurses, none of us have any kind of medical training and that’s on purpose,” Courtney Collins, Realm of Caring’s education director, told STAT. That way it is harder for regulators to crack down on the nonprofit for providing medical advice.

Realm of Caring’s website includes a disclaimer that it does not provide medical advice. But their website tiptoes toward that line. The group provides specific dosing guidelines, and even has separate guides for patients with cancer and for children.

If the complicated tangle of rules and regulations confuses doctors, it is far more perplexing for patients. Two patients who spoke with STAT described their efforts — and quite often, their struggles — to get clear information about CBD.

“They’re just sort of making it up as they go along,” Chapman, the Children’s Hospital Colorado doctor, told a group of stunned regulators at a meeting in D.C. last month.

One ankylosing spondylitis patient, 37-year-old Kristen Ray, has been taking CBD for a year and a half. And without clear guidance from her doctor, she’s taken to experimenting on herself to figure out how to take the product.

“I’m just writing down what my reactions are to three drops or two drops, or under the tongue, just trying to kind of find my own path as far as the best way to administer,” Ray said.

Ray wishes there was clearer advice out there for her — information she could review with her doctor.

“We are just walking into a store of pipes as [regular] people who have never even seen these things,” Ray said. “And trying to figure out how to make ourselves feel better.”