CBD and Your Brain 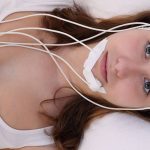 THC comes to mind when a lot of people talk about cannabis, but CBD is getting quite renowned due to its beneficial effects on the body. As scientific research moves step by step forward every day, it becomes clear that every medical cannabis strain has its own properties. CBD helps the brain in an intricate and pertinent manner. There is no psychoactive effect attached to CBD. This makes it different from THC which has some psychoactive effects. This happens because CB1 receptors are not activated by cannabidiol. The manner by which cannabidiol affects the brain shall be explained further.

It has relevant antipsychotic properties

CBD has antipsychotic effects that are just like the ones for amisulpride. The recent trend is that more and more people prefer CBD due to the fact that it doesn’t have as much side effects as amisulpride. The antipsychotic effects of CBD stem from the effect it has on anandamide that is increased in the brain because of the presence of cannabinoids. A reduction in psychotic related symptoms has been connected to increased levels of anandamide in the brain.

It protects the brain cells from harm in neurodegenerative diseases

Research has indicated that CBD can keep the brain cells away from damage. This reduces the inflammatory response that the immune system produces. Chemokines, cytokines and other inflammatory molecules that are found at the sites of inflammation are then reduced. When various brain injuries from animal models were examined, it was found out that CBD boosted a number of viable brain cells. It also decreased the number of brain cells that were damaged by more than half. This shows that CBD can decrease the injury to the brain caused by traumas. CBD can also block pain signals that are sent to the brain by decreasing inflammation through peripheral means. Ointments that contain CBD reduced sudden pains and inflammation of the joints. Therefore, it is perfect for treating pain caused by arthritis. Chemical compounds of marijuana and marijuana itself are perfect for protecting the cells of the brain from neurodegenerative diseases like Alzheimer’s disease, Parkinson’s disease, and other dementia forms.

It helps with depression and anxiety

CBD can prevent compounds like THC from binding to CB1 receptors by interacting with the receptors in a specific manner. CBD can also cure a lot of problems caused by THC like memory problems and anxiety. CBD interacts with a serotonin receptor that relates directly to depression symptoms. It has also been seen that regions that get hyperactive during anxiety disorders can be calmed by CBD. CBD does this by decreasing flow of blood to the areas of the brain like the hypothalamus that are connected with anxiety. The general anxiety scores of those who partook in the study were decreased. CBD can also work as an antidepressant which is unique from its function as an anxiety reducer. For depressed people, CBD can create a balance in the impairment of their endocannabinoid system. In a study, imaging scans were used by researchers to understand the brain regions that are involved with the anti-anxiety effects of CBD. This has created new ways of curing depression. Although conventional medications that use to cure depression have side effects, CBD has none.

It can be used to treat epilepsy

The effect of CBD on epilepsy has created a lot of buzz and has led to huge progress in the cure for epilepsy. CBD can reduce seizures in epilepsy the same way that it can moderate other chemicals found in the brain. CBD can prohibit mechanisms of the brain that contribute to seizures by increasing the release of GABA, the inhibitory neurotransmitter. Charlotte Figi is the most popular case of CBD being used to cure epilepsy.