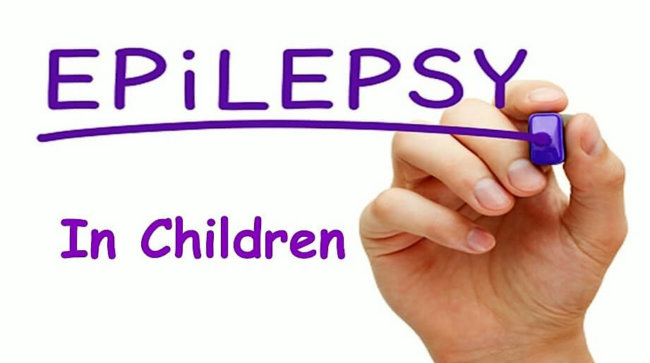 Causes, Symptoms, and Treatment of Epilepsy in Children

Epilepsy is a brain condition that causes recurring seizures. It affects about 470,000 children and 3 million adultsTrusted Source in the United States.

Seizures are episodes of neurological symptoms caused by changes in your brain’s electrical activity. Tonic-colonic seizures, previously known as grand mal seizures, cause a change of consciousness and full-body convulsions. Some other types of seizures cause symptoms that are not as noticeable.

Children with certain types of epilepsy are at a heightened risk of developing learning problems and underachieving academically. A proper diagnosis and treatment plan are important for helping your child navigate potential difficulties caused by epilepsy.

Keep reading to learn what causes epilepsy in children. We’ll also cover its symptoms and your treatment options.

What causes epilepsy in children

The other 60 percent of epilepsies are often attributed to brain damage caused by one of the following factors:

A traumatic injury to your head can potentially lead to brain damage and epilepsy. Car crashes, sports injuries, and physical abuse are some potential causes.

A stroke occurs when impaired blood flow in a blood vessel leads to brain damage.

Brain tumors, meningitis, and other conditions that lead to brain damage can potentially cause epilepsy.

Factors like developmental brain abnormalities or an oxygen deficit before birth can potentially lead to brain damage.

Types and symptoms of epilepsy in children

Focal seizures are also known as partial seizures. They only affect one side of your child’s brain and are often preceded by an aura. An aura is a sudden unusual feeling, such as déjà vu or changes in hearing, sight, or smell.

Focal seizures can be further categorized depending on the specific symptoms.

Focal aware seizures typically only affect a specific part of your child’s body, like a leg, and don’t cause a loss of consciousness. A person often becomes unable to respond but can hear and understand their surroundings. These seizures generally last less than 2 minutes.

Focal impaired awareness seizures cause a change of consciousness. They typically last for less than 2 minutes, and your child will likely seem awake to other people during the seizure. They will have involuntary movement or stiffening of part of the body and may make noises, but they will not interact or respond normally. They will often appear to fall asleep or faint for a period of several minutes to a few hours after the episode.

Focal to bilateral tonic-clonic seizures start on one side of your child’s brain and spread to both sides. During the first phase, your child will have impaired consciousness and their muscles will stiffen. If standing, they might fall to the floor and their muscles may spasm or jerk.

These seizures usually last between 30 seconds and 3 minutes.

Generalized seizures affect both sides of your child’s brain. They can be subdivided into many categories.

Tonic seizures cause muscle stiffing but don’t cause muscle spasms. They typically affect your child’s back, legs, or arms. They can also occur due to certain medical conditions in people who don’t have epilepsy.

Clonic seizures cause muscle jerking motions. This type of seizure is relatively rare and they occur most often in babies.

Absence seizures can be mistaken for daydreaming and cause symptoms such as blank staring and eyelid fluttering with impairment of consciousness. Most kids who have absence seizures do not have other types of seizures.

Myoclonic seizures cause muscle jerking but don’t affect your child’s consciousness. They usually last less than 2 seconds. They are often one of several types of seizures that occur as part of a childhood epilepsy syndrome.

An atonic seizure causes a sudden loss of muscle tone. This can cause your child to fall if they’re standing. You may also notice their head drop. Atonic seizures can occur as part of a childhood epilepsy syndrome.

Epileptic spasms are brief muscle spasms that last for 1 to 3 seconds. They often occur several times throughout the day.

They’re referred to as infantile spasms when they occur in children under the age of 2 years, and they can be an indication of severe brain damage in infants.

If your child has a specific group of symptoms, they may be diagnosed with a particular epilepsy syndrome. Each syndrome causes a specific pattern of brain activity when measured on an electroencephalogram (EEG). These syndromes also usually occur within certain age ranges.

Infantile spasms start in your child’s first year. They appear as brief muscle spasms that occur in clusters.

Lennox-Gastaut syndrome typically begins between the ages of 3 and 5 years, but it can develop as late as adolescence.

Landau-Kleffner syndrome is a rare condition that typically arises between the ages of 3 and 7.

About 60 percent of people with focal epilepsy have temporal lobe epilepsy. Symptoms typically start between the ages of 10 and 20 but can also develop earlier or later.

Is there a link between autism and epilepsy in children?

Autism spectrum disorder and epilepsy are both caused by changes in brain activity. Epilepsy is more common in children with autism, but the link still isn’t fully understood.

About 20 to 30 percent of children with autism spectrum disorder develop epilepsy before they turn 18.

What to do if your child is having a seizure

It can be scary watching your child have a seizure. But often, the best thing you can do is wait it out.

The following are the dos and don’ts of helping a child who’s having a generalized seizure.

When to seek medical help

MEDICAL EMERGENCYIn some cases, you may need to call 911 if your child is having a seizure. Some situations that require prompt medical attention include:

How is epilepsy diagnosed in children?

If your child has recurrent seizures, their doctor may diagnosis them with epilepsy.

A doctor will likely use a variety of tests to make the diagnosis. These may include:

Is there a cure for epilepsy in children?

At this time, there’s no known cure for epilepsy. However, getting proper treatment can help keep seizures under control and lessen potential complications.

How are seizures treated in children?

The most common treatment for epilepsy is medication, but a number of other treatments may also be used.

If your child has been seizure free for several years, the doctor may recommend reducing the amount of medication they’re taking.

A ketogenic diet is a diet that drastically restricts carbs. This type of diet causes your body to produce a substance called decanoic acid that may reduce convulsive activity in some people.

For children with frequent and severe seizures, a doctor may recommend surgery to cut or remove part of the brain. Brain surgery can be effective for certain types of epilepsy, but it’s usually not performed unless noninvasive treatments have failed.

Neurostimulation may be an option if your child doesn’t respond to medications. During neurostimulation, an implanted device delivers a small amount of electricity to your child’s nervous system.

Currently, the three types of neurostimulation available include:

How to help children live with seizures

Here are some ways that you can help support a child with epilepsy:

Genetic factors or brain damage can lead to epilepsy in children. Epilepsy can cause a wide range of symptoms that can vary in severity from barely noticeable to severe.

If you think your child may have epilepsy, it’s critical to see a doctor as soon as possible for a proper diagnosis. Epilepsy can often be well managed with medication or other treatments.