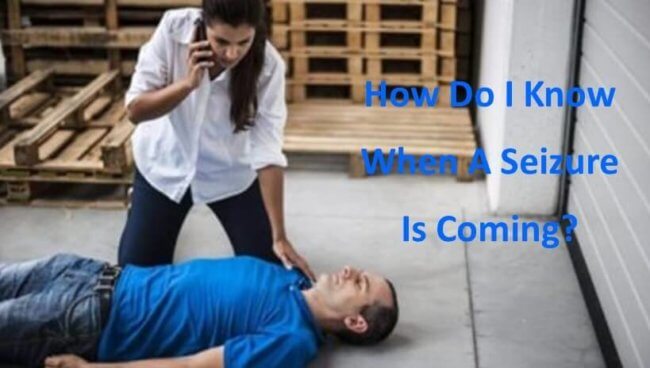 Can You Tell if You or Someone Else is About to Have a Seizure?

Seizures occur when there is a misfiring, or malfunctioning signal in the electrical system of your brain. This signal disrupts your normal brain function, and can have effects like impaired movements or loss of consciousness. There are several types of seizures, and everyone can have different experiences with them. People with recurrent seizures are diagnosed with a condition called epilepsy.

Seizures can be a dangerous medical condition, especially if you don’t know when one is coming. You could fall, or be in an unsafe situation — like driving — when a seizure strikes. Fortunately, many people who experience seizures have warning signs that one is coming. These signs occur during the prodrome or aura phase of a seizure, which can precede the attack.

Stages of a seizure

Seizures occur in stages for most people. Usually, there are four stages, and they are:

The prodrome and the aura typically occur just before or at the start of a seizure, and signs vary from person to person. The middle, or active, part of the seizure is the ictal phase, and the period immediately following a seizure is called the post-ictal period.

Warning signs of a seizure coming on

The body offers a number of warning signs before a seizure occurs, but some are quick or subtle, and can be difficult to recognize.

The prodromal phase can last anywhere from 10 minutes to several days before the onset of a seizure. Common symptoms include:

Auras can be another warning sign of a seizure itself or signal the start of a seizure. In some cases, the aura is the seizure itself, often called a simple focal, or partial, seizure. Auras are sometimes called simple focal seizures and occur in one part of the brain. When they spread from that part of the brain to another, other types of seizures — like generalized tonic-clonic (GTC) seizures — may follow.

Most people don’t lose consciousness with simple focal seizures, and people who have auras usually have the same symptoms each time.

Symptoms during an aura, or focal seizure, include: