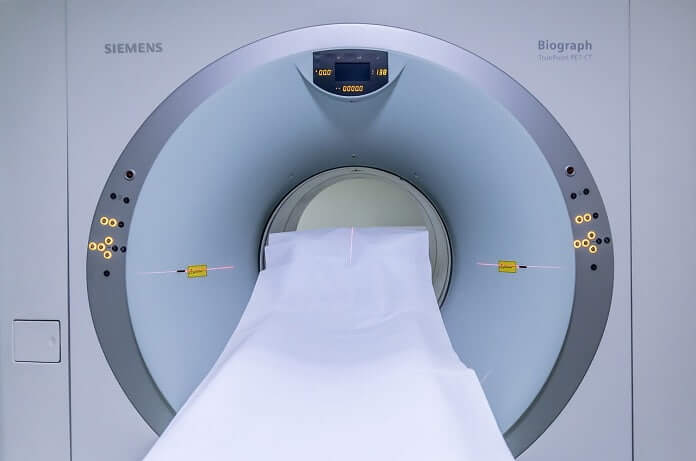 A massive meta-analysis of global MRI imaging data on epilepsy patients seeks to clarify a complicated and mysterious neurological disorder.

Epilepsy is a neurological disorder characterized by seizures, which can vary from mild and almost undetectable to severe, featuring vigorous shaking. Almost 40 million people worldwide are affected by epilepsy. Epileptic seizures are caused by an abnormally high level of activity in nerve cells in the brain. A small number of cases have been tied to a genetic defect, and major trauma to the brain (such as an injury or stroke) can also induce seizures. However, for the majority of cases, the underlying cause of epilepsy is not known. In many instances, epilepsy can be treated with the use of anti-convulsant medication. Some people will experience an improvement in their symptoms to the point of no longer requiring medication, while others will not respond to medication at all. The variability of the disease with regards to physiology and progression makes it difficult to accurately diagnose.

How Does Epilepsy Affect the Brain?

There are multiple types of epilepsies, some more common than others, which affect different parts of the brain cortex. The disorder has been studied by using techniques such as magnetic resonance imaging (MRI), and analyses of brain tissue. The latter requires post-mortem collection of tissue, as biopsies are not routinely performed on living patients’ brains. A brain scan via MRI imaging can provide detail about pathological markers of epilepsy, but the massive amount of data collected worldwide by imaging has not yet been consolidated and analyzed in a robust manner. Gaining an understanding of distinct or shared disease markers for different forms of epilepsy could help clinicians identify targets for therapy and increase the personalization of treatment.

A recent study published in the journal BRAIN represents the largest neuroimaging analysis of epilepsy conducted to date.  This study, called ENIGMA (Enhancing Neuro Imaging Genetics through Meta-Analysis)summarizes contributions from 24 research centers across 14 countries in Europe, North and South America, Asia, and Australia. Similar wide-ranging studies have revealed structural brain abnormalities in other neurological conditions such as schizophrenia, depression, and obsessive-compulsive disorder. The researchers had several goals in putting this meta-analysis together:

1)  To look at distinct types of epilepsy to see whether they share similar structural abnormalities of the brain.

2)To analyze a well-known specific type of epilepsy, mesial temporal lobe epilepsy (MTLE) for differences between people afflicted with this disorder on different sides of the brain.

3)To analyze idiopathic generalized epilepsies (IGE), which are thought to have a genetic component to their cause and aren’t often detectable via MRI.

The researchers compiled imaging data from 2,149 people with epilepsy and 1,727 healthy control subjects. The large sample size allowed them to perform high-powered statistical analysis of the data.

For analysis (1), the results showed that a diverse array of epilepsies showed common structural anomalies across several different regions of the brain. This suggested that distinct disease types share a common neuroanatomical signature.

For analysis (2), they found that people with mesial temporal lobe epilepsy on the right side of the hippocampus did not experience damage to the left side, and vice-versa. However, somewhat unexpectedly, they saw that damage extended to areas outside the hippocampus, suggesting that even a region-specific disorder like mesial temporal lobe epilepsy may be a network disease.

In analysis (3), the researchers found that contrary to many reports of a “normal” MRI for patients with idiopathic generalized epilepsy, several structural irregularities were observable over a large number of samples. These included reduced brain volume and thickness in several regions.

One Step Closer to Understanding Epilepsy

The authors noted some limitations to their study, such as the fact that all results were derived from cross-sectional data, meaning that it was not possible to determine whether certain features were the cause of severe brain damage at one point in time, or whether they were the product of progressive trauma. In addition, this study could not account for the possible contribution of other factors, such as medications, seizure type and frequency, and disease severity. However, this wide-scale meta-analysis represents an important step towards understanding how different types of epilepsies affect the brain, and hopefully can lead to more personalized and effective medical interventions.