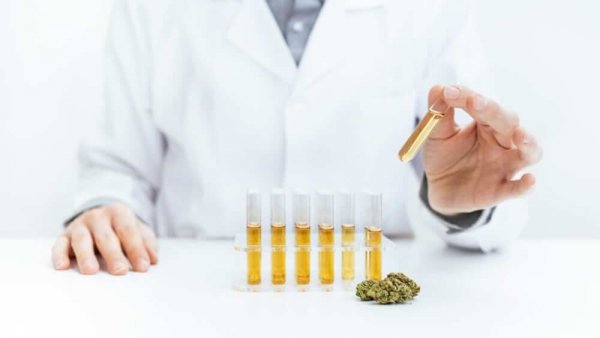 The Digital Citizens Alliance is calling on Congress for CBD regulation as new research has highlighted the inaccuracy of CBD potency levels listed on products.

The Digital Citizens Alliance (Digital Citizens) are calling for CBD regulation after it conducted research that shows how CBD levels listen on products may often be inaccurate – therefore putting customers at risk. The research follows further studies recently conducted that also highlighted differences between labelled and actual CBD potency.

As millions of Americans increasingly rely on CBD products – to the tune of more than $1bn  in sales – to help with pain, depression, anxiety and even cancer, the new Digital Citizens research shows the need for federal standards and regulation regarding CBD potency levels by the US Food and Drug Administration (FDA).

More than half of the products purchased and tested by Digital Citizens contained CBD levels that were 20%  higher or lower than what was listed on the packaging.

Many Americans are taking CBD oil or products to help with ailments such as pain, insomnia, anxiety, depression, and, even in some cases, cancer and Alzheimer’s disease. In a number of cases in the study, results revealed that CBD levels in CBD products were less than half of what was stated on the label, with some containing less than 10%, of what the label claimed. That means consumers were receiving essentially a placebo.

Tom Galvin, Executive Director of Digital Citizens, said: “CBD shows promise to treat pain, anxiety and seizures such as epilepsy. But the market can’t be built on inaccurate CBD levels, misleading claims and a false sense of security about safety.

“For consumers to truly trust CBD, they need to know that products meet safety and quality standards backed up by the FDA.”

The Digital Citizens report, CBD Confusion: How Consumers Can Be Misled and Why the Market Needs Adult Supervision Now, relied on the testing of dozens of CBD-infused products purchased online and at retail outlets. In addition, the Digital Citizens Alliance commissioned three national surveys to shed light on consumer’s use of CBD, their understanding of CBD products and their attitudes toward government regulation.

A recent survey of 2,506 American consumers by John Zogby Strategies, highlighted that three in 10 Americans say they have tried CBD products. However, the results of the Digital Citizens investigation and consumer research raise concerns that widespread use, a willingness to substitute CBD for prescription medication, and, anecdotal evidence that some small retailers mislead consumers into believing CBD is regulated, creates a false sense of security that could have serious health implications.

Some of the  key findings of the Digital Citizens investigation showed that many CBD products that had been tested as part of the survey has significantly less CBD than claimed on the label, 70% of those using CBD products said they do so as an alternative to taking other medication, 46% said it was a replacement for other medication, and many are using it to treat serious conditions. The study also highlighted that 1 in 4 Americans who have purchased CBD know that it is mostly unregulated at the federal level.

Following the study, Digital Citizens have claimed that the CBD market is in desperate need of adult supervision and that the products live in a legal and regulatory no-man’s land at the federal level.