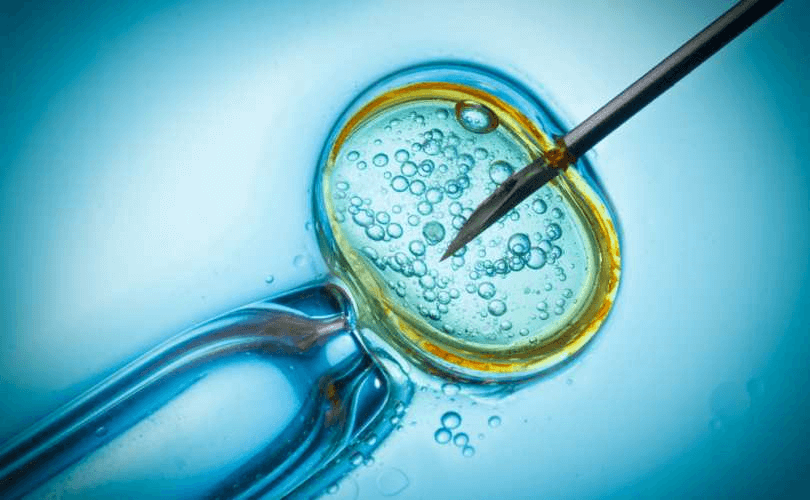 Mitochondrial Replacement Technology, or MRT, aims to prevent diseases passed through mitochondrial DNA by transferring the mother’s nuclear DNA to a donor egg in which the nucleus has been removed but the mitochondria remains.

Described as “radical therapy” by the UK’s The Guardian, the process was legalized by Britain’s Parliament in 2015 and was met with a huge uproar from religious leaders and ethicists.

Britain’s Newcastle University received a license in March allowing its scientists to create babies using DNA from three people, the first time such approval has been granted.

“To perform the procedure, doctors create a fertilised egg using IVF as normal,” The Guardian report explains. “But rather than letting it develop into an embryo, the parents’ chromosomes are removed and placed inside a donor egg that has had its own genetic material removed. The embryo so created has all of the parents’ chromosomes, but the mother’s damaged mitochondria are replaced with the donor’s healthy ones.”

Some warn that this is the first step toward creating so-called “Designer babies.”

When the law was passed, Britain’s Catholic and Church of England bishops blasted MPs.

“This is about a human life with potential, arising from a father and a mother, being used as disposable material,” Auxiliary Bishop John Sherrington of Westminster said at the time on behalf of the bishops of England and Wales.

“The human embryo is a new human life with potential; it should be respected and protected from the moment of conception and not used as disposable material.”

Three-parent IVF procedures “destroy human life, since in order to construct a disease-free embryo, two healthy ones will have to be destroyed,” noted Bishop John Keenan of Paisley, Scotland.

The technique “is not a treatment, it does not cure anyone or anything, rather it seeks to remove anyone affected by certain conditions from the human gene pool. Destroying those who have a particular disease and presenting it as a cure or as progress is utterly disingenuous and completely unethical,” he said.

The practice “distorts the natural process of fertility,” added Keenan.

Marcy Darnovsky, executive director of the Center for Genetics and Society in Berkeley, California, warned in a 2013 article, A slippery slope to germline modification, that “those opposed to green-lighting mitochondrial replacement have been described in some quarters as religious objectors, against all types of IVF.”

Yet “many secular and actively pro-choice scientists, bioethi­cists and women’s-health advocates have voiced grave and detailed concerns about the safety and utility of mitochondrial replacement,” she said, “and about authorizing the intentional genetic modification of children and their descendants.”

Darnovsky argued it would unilaterally cross “a legal and ethical line” observed by the entire international community that “genetic-engineering tools” should not be used ‘to modify gametes or early embryos and so manipulate the characteristics of future children.”

MRT forbidden in the United States

Since December 2015, Congress has prohibited the FDA from reviewing applications on clinical tests involving genetically modified human embryos “until safety and ethical issues can be resolved,” reports Bloomberg BNA. “Also, researchers don’t know what impact the procedure will have on the babies it produces.”