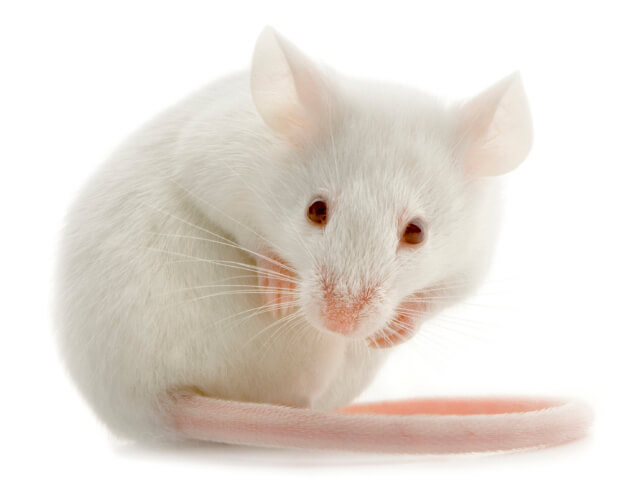 Among the problems people with Autism spectrum disorders (ASD) struggle with are difficulties with social behavior and communication. That can translate to an inability to make friends, engage in routine conversations, or pick up on the social cues that are second nature to most people. Similarly, in a mouse model of ASD, the animals, like humans, show little interest in interacting or socializing with other mice.

One drug, risperidone, works in both humans and mice with ASD to treat other symptoms of the disorder—including repetitive behaviors–but no medication has been found to help socialization.

Now researchers at UCLA have treated ASD mice with a neuropeptide–molecules used by neurons to communicate with each other–called oxytocin, and have found that it restores normal social behavior. In addition, the findings suggest that giving oxytocin as early as possible in the animal’s life leads to more lasting effects in adults and adolescents. This suggests there may be critical times for treatment that are better than others.

The study appears in the January 21 online edition of the journal Science Translational Medicine.

Mouse models of neuropsychiatric diseases provide a platform for understanding the mechanisms behind disorders and development of new therapies, noted Daniel Geschwind, a UCLA professor of psychiatry, neurology and human genetics, and senior author of the study. In 2011, Geschwind and his colleagues developed a mouse model for ASD by knocking out a gene called CNTNAP2 (contactin-associated protein-like 2), which scientists believe plays an important role in the brain circuits responsible for language and speech. Previous research has linked common CNTNAP2 variants to heightened autism risk in the general population, while rare variants can lead to an inherited form of autism called cortical dysplasia-focal epilepsy syndrome (CDFE).

It’s known that the oxytocin is involved in regulating various aspects of social behavior. Among its other roles, oxytocin neurons in the brain’s hypothalamus interact with several other brain regions, including the amygdala, hippocampus, and frontal cortex, where they influence such behaviors as fear, memory, and social behavior.

“The oxytocin system is a key mediator of social behavior in mammals, including humans, for maternal behavior, mother-infant bonding, and social memory,” said Geschwind, who holds UCLA’s Gordon and Virginia MacDonald Distinguished Chair in Human Genetics and is the director of the Center for Autism Research and Treatment at the Semel Institute for Neuroscience and Human Behavior at UCLA. “So it seemed like a natural target for us to go after.”

In the ASD mice, the researchers found a decrease in the number of oxytocin neurons in the hypothalamus and, overall, a decrease in oxytocin levels throughout the brain. But when they administered oxytocin to the ASD mice, sociability, defined as time spent interacting normally with other mice, was restored. Then, using a second strategy, the researchers also found that by giving the mice melanocortin, an agonist (which binds to specific receptors on a cell to activate it) caused a natural release of oxytocin from brain cells, which also improved social deficits.

“The study shows that a primary deficit in oxytocin may cause the social problems in these mice, and that correcting this deficit can correct social behavior,” said Geschwind. “We were surprised as well to discover a relationship between the cntnap2 protein and oxytocin–the absence of cntnap2 effected oxytocin neurons in the hypothalamus.”

The biggest surprise, though, said Geschwind, was finding that early postnatal administration of the oxytocin led to longer positive effects upon social behavior when measured several weeks later. “This suggests that there may be critical windows of time for treatment that are better than others.”

Because the autistic mice share similar symptoms and behaviors with people on the autism spectrum, the model offered a promising way to test new therapies that may one day help people with autism. The next stage, said Geschwind, is determining how limited a treatment can be given during early development of the animal, refining the window of maximum therapeutic effect with the hope this therapy may someday be applicable to humans.