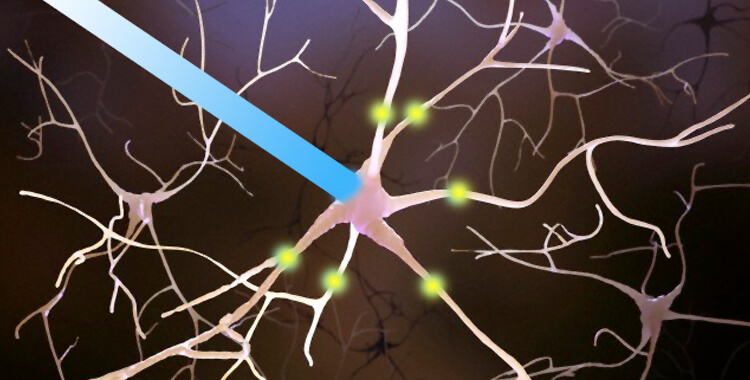 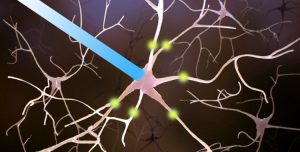 An amino acid whose role in the body has been all but a mystery appears to act as a potent seizure inhibitor in mice, according to a study by researchers at Johns Hopkins.

In a series of experiments, the amino acid D-leucine, found in many foods and certain bacteria, interrupted prolonged seizures, a serious condition known as status epilepticus, and it did so just as effectively as the epilepsy drug diazepam — the choice of treatment for patients in the throes of convulsions — but without any of the drug’s sedative side effects.

Results of the federally funded research, reported online June 4 in the journalNeurobiology of Disease, also suggest that D-leucine works differently from all current anti-seizure therapies — a finding that may pave the way for much-needed treatments for the nearly one-third of people with epilepsy with drug-resistant forms of the condition, marked by recalcitrant seizures.

“Epilepsy treatments over the last 50 years have not improved much, so there’s an acute need for better therapeutic approaches, especially for the millions of people with drug-resistant epilepsy,” says lead investigator Adam Hartman, M.D., a pediatric neurologist at the Johns Hopkins Children’s Center and an associate professor of neurology at the Johns Hopkins University School of Medicine. “If confirmed in larger animals and humans, our results carry a real promise for those suffering from unremitting seizures.”

Amino acids, the building blocks of proteins, are sources of energy and are critical for many biochemical reactions in the body, but many specific roles of the various amino acids remain elusive.

In the current study, investigators started out with the premise that certain amino acids may play a role in seizure prevention because they produce some of the same metabolic by-products as high-fat ketogenic diets, an alternative therapy for patients whose seizures are not well controlled on medication. A form of the diet was used as standard epilepsy treatment in the 1920s and 1930s during the pre-medication era but fell out of favor when the first epilepsy drugs emerged. An improved version of the diet, brought back into vogue by the late Johns Hopkins neurologist John Freeman, offered relief to countless children with drug-resistant seizures. However, the food regimen requires complex calculations, can be challenging to follow and doesn’t always provide complete seizure control.

In an initial set of experiments, researchers pre-treated mice with the amino acid L-leucine and another one, called D-leucine, which has a nearly identical structure to L-leucine and is essentially its biochemical mirror image.

To see whether D-leucine and L-leucine could also interrupt ongoing seizures, researchers induced seizures in a group of animals and, once convulsions began, they administered low and high doses of both amino acids. L-leucine failed to abort ongoing seizures, while D-leucine effectively interrupted convulsions. Strikingly, the researchers say, D-leucine terminated seizures even at low doses. Next, researchers compared the ability of D-leucine to terminate prolonged, unrelenting seizures against the sedative diazepam, commonly used stop such seizures in humans. Both treatments terminated seizures, but D-leucine did so about 15 minutes earlier. In addition, mice treated with D-leucine resumed normal behavior faster and experienced none of the drowsiness and sluggishness observed in animals treated with the drug, also common side effects seen in human patients.

“Our results suggest that D-leucine affects neurons differently from other known therapies to control seizures,” says senior investigator J. Marie Hardwick, Ph.D., the David Bodian Professor in microbiology and immunology at the Johns Hopkins Bloomberg School of Public Health. “This finding gives us hope of new approaches to epilepsy on the horizon.”