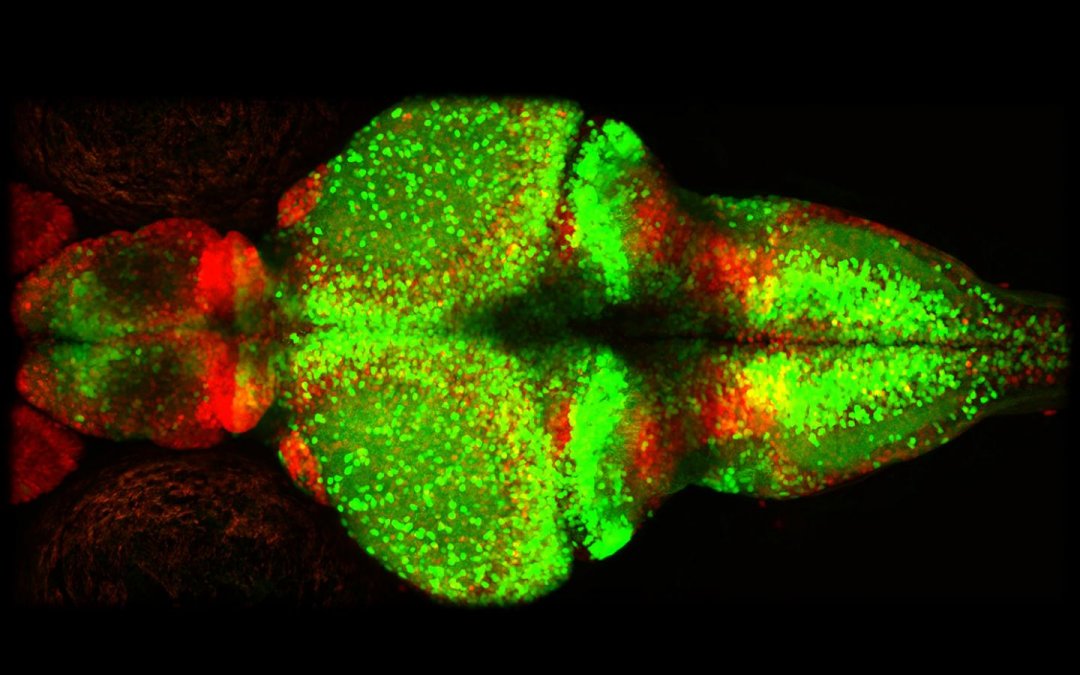 The study investigated epileptic seizures in zebrafish – a widely used model organism for modelling human brain physiology. Zebrafish contains the same cell types that are present also in human brains. Two of these cell types are glia and neurons. Neurons are primarily involved in transmitting signals. The main functions of Glial cells include maintaining a balanced environment and providing support for the neurons, assisting the immune system and increasing the speed of neural signalling.

The study found that just before an epileptic seizure, nerve cells were abnormally active but only in a localized area of the brain. Instead, glial cells showed large burst of synchronous activity that are widely dispersed across the brain. During the actual seizure, the neuronal activity increased abruptly. The functional connections between the nerve cells and glial cells became vigorous. When this happened, generalized seizure spread like a storm of electrical activity across the entire brain due to a strong increase in the level of glutamate, a chemical compound that transmits signals between neuronal cells. Glutamate was secreted by glial cells, which convert themselves from a friend to a foe.

The findings indicate that epilepsy may occur not only due to anomalies in neurons, but also in glial cells. “Our results provide a direct evidence that the interactions between glial cells and neurons change during the transition from a pre-seizure state to a generalized seizure. It will be interesting to see if this phenomenon is generalizable across different types of epilepsies,” says Prof. Emre Yaksi. Normally, the glial cells absorb the excess glutamate that is excreted during the increased activity of the nerve cells. This study assumes that the secretion process of the glial cells that we observed in combination with their hyperactivity just before a seizure is a defence mechanism of the brain.

Photo: A microscopic view of a young zebrafish brain. Red indicates the glia cells and greens are neurons.

“There are more glial cells than neurons in our brains. Yet, these cells were rather understudied. Our work uncovers an interesting function of the glia and will undoubtedly attract more interest into this cell type”, says CRTD research group leader Dr. Caghan Kizil who together with his colleague Mehmet Ilyas Cosacak is one of the co-authors of the study.

Their group conducts its research at the CRTD of the TU Dresden as well as at the German Center for Neurodegenerative Diseases (DZNE).

In recent decades, a number of new epilepsy drugs have been developed, but a third of patients still do not have good control over their seizures. One reason may be that the current anti-epileptic drugs mostly target the neurons, while the glial cells, which constitute about 80% of the cells in the brain, have been overlooked. “Now we’re working further to investigate whether we can recognize any of the mechanisms that we identified in our current study, in our ongoing collaboration with clinicians” says Yaksi.

The Center for Regenerative Therapies Dresden (CRTD) of TU Dresden is academic home for scientists from more than 30 nations. Their mission is to discover the principles of cell and tissue regeneration and leveraging this for recognition, treatment and reversal of diseases. The CRTD links the bench to the clinic, scientists to clinicians to bring expertise in stem cells, gene-editing and regeneration towards innovative therapies for neurodegenerative diseases such as Alzheimer’s and Parkinson’s disease, haematological diseases such as leukaemia, metabolic diseases such as diabetes, retina and bone diseases. Since 2016, the CRTD is part of the central scientific unit “Center for Molecular and Cellular Bioengineering” (CMCB) of the TU Dresden and plays a central role within the research priority area Health Sciences, Biomedicine and Bioengineering of the TU Dresden. http://www.tu-dresden.de/crtdhttp://www.tu-dresden.de/cmcb