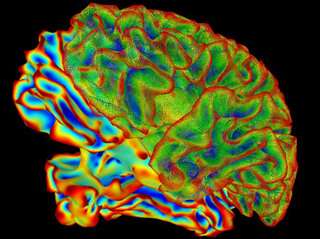 Brain ‘Tsunami’ May be Hidden Cause of SUDEP 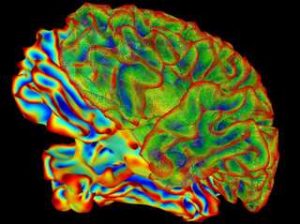 A slow, depolarizing electrical wave – sometimes called a “brain tsunami” – may be the hidden cause of sudden unexpected death in epilepsy, a disorder that kills as many as 4,000 people in the United States each year, said researchers from Baylor College of Medicine in a report that appears in the journal Science Translational Medicine.

While most individuals with epilepsy are not at risk of this catastrophic event, some genes linked to seizures and perturbations of the heart beat have been found to be risk factors. All seizures are accompanied by changes in heart rate and breathing. In the majority of cases, these recover as soon as the seizure ends.

“What remains a secret is why some individuals, who may live well into young adulthood even though they have many seizures, one day do not recover and die prematurely,” said Dr. Jeffrey Noebels, professor of neurology and director of the Blue Bird Circle Developmental Neurogenetics Laboratory. It is a mystery he has been trying to solve for decades. In 2010, he and his team found the first gene associated with sudden unexpected death in epilepsy.

Now, he and Dr. Isamu Aiba, a postdoctoral associate in his lab at Baylor, have found that a severe seizure may trigger this slow depolarizing wave that silences the activity of brain cells for as long as 20 minutes. Known as spreading depression, it was discovered in the brain’s cortex by Brazilian physiologist Dr. Aristedes Leao and was linked to brief episodes of blindness and weakness in some forms of migraine.

However, mice with mutations in genes that put them at higher risk of sudden unexpected death in epilepsy had a dramatically lower threshold for triggering this wave in the areas of the brain where “pacemaker” cells that control respiration and heart rate reside.

These mice recovered normally from seizures that did not trigger these waves, but they died within minutes of a seizure that did trigger the wave, said Noebels. Such waves occur more often in younger mice and lack of oxygen during a seizure itself makes the wave even more likely. Genes that prolong the lifespan of these mice protected the brainstem from this depolarizing wave.

“A lot is known about spreading depolarization, but much remains to be discovered.  With the recent ability to screen these genes in individuals with epilepsy, we hope to identify those at special risk for SUDEP (sudden unexpected death in epilepsy), and design protective measures to prolong the lives of our patients,” said Noebels.

Noebels holds the Cullen Chair of Health Profession in Neurogenetics at Baylor and is principal investigator of a newly awarded $27 million National Institutes of Health Center for Sudden Unexpected Death in Epilepsy Research, which links scientists at 10 medical centers in this work.

Funding for this work came from the American Heart Association (Postdoctoral fellowship award14POST20130031 to Aiba and the National institute of Neurological Disease and Stroke (Grants NS029709 and NS090340 to Noebels) and the Blue Bird Circle Foundation.