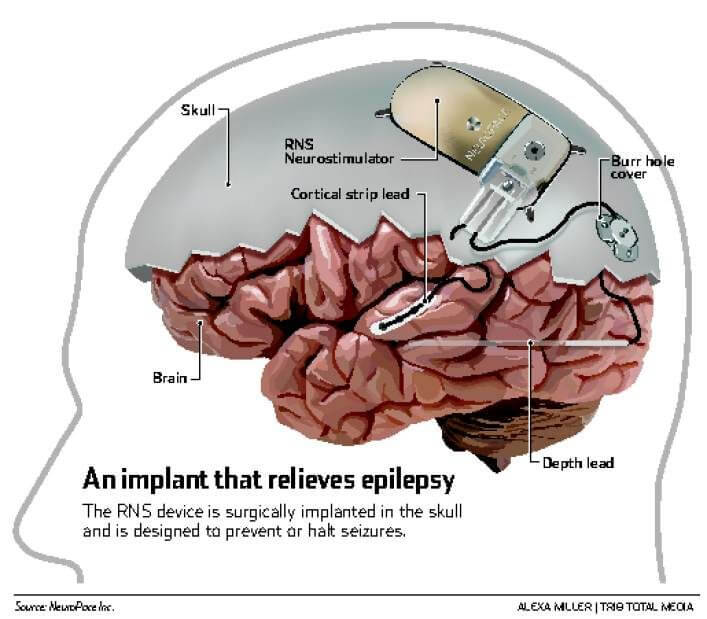 Closed-loop brain stimulation appears to reduce focal seizures via indirect changes to neural networks over time, rather than through direct, acute suppression of ictal activity, as previously thought.

“Responsive neurostimulation was thought to work potentially through stopping an individual seizure in its tracks. We have shown that responsive neurostimulation actually disrupts the processes themselves that maintain seizure networks,” principal investigator R. Mark Richardson, MD, PhD, of the Brain Modulation Laboratory in the Department of Neurological Surgery, University of Pittsburgh School of Medicine, Pennsylvania, told Medscape Medical News.

“By popping the mole every time it sticks its head up, we are doing something to its underground system that prevents it from coming to the surface so often,” he said.

The study was published online April 15 in JAMA Neurology.

The lack of a direct effect of RNS in seizure reduction runs contrary to previous reports. On the basis of these latest findings, the investigators believe repeated RNS increases neuroplasticity and leads to network-wide changes.

If this indirect modulation effect hypothesis holds true, this “constitutes a paradigm shift in thinking about neuromodulation for epilepsy,” the investigators note.

The closed-loop RNS system (NeuroPace, Inc) was approved by the US Food and Drug Administration (FDA) in 2013 for focal-onset refractory epilepsy. Often described as a “pacemaker” for the brain, it automatically detects ictal activity and suppresses it via electrical stimulation.

Recent data from a long-term treatment trial of the system show that the RNS system led to a substantial reduction in seizures and yielded additional benefits, including improved quality of life and better cognition and memory. However, its “therapeutic mechanism of action and its overall efficacy remains suboptimal,” the investigators note.

It was widely thought that the RNS electrical pulse acutely worked by directly interrupting the seizure. However, lead author Vasileios Kokkinos, PhD, said his observations told a different story.

“I realized this was not happening. I saw some examples of acute stopping of seizures, but that only accounted for 5% of all seizures. I couldn’t explain the 60% to 70% of patients who responded to [RNS] treatment,” he said in a release.
Source: MedScape by D. McNamara