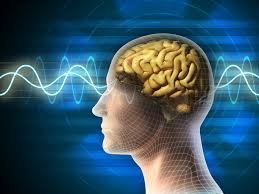 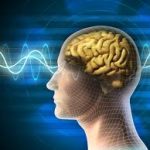 Some of the earliest nerve cells to develop in the womb shape brain circuits that process sights and sounds, but then give way to mature networks that convert this sensory information into thoughts. This is the finding of a study led by researchers at NYU Langone Medical Center and published in the February 3 edition of Neuron.

Specifically, the study in mice found that nerve circuit templates in part of the brain’s cortex – the layer that regulates thought and memory – are first laid down during mammalian development by nerve cells that secrete the signaling chemical somatostatin (SST). Later in the process, a second wave of related nerve cells, parvalbumin (PV) neurons, arrives to build the faster, more precise circuits needed for higher brain functions.

The study results could advance the understanding of neurologic and psychiatric conditions like epilepsy, schizophrenia, and others that have been linked by past studies to unexplained problems in adult PV nerve networks. According to the study authors, many PV defects could have their origin, not during adult life, but instead in the SST templates that set circuit parameters in the first place.

Exposure of these early circuits to trauma, toxins or oxygen shortages may disrupt future PV networks based on them, but the causes become hard to trace when the original SST templates are repurposed early in life.

“We found a surprising formation pattern for nerve networks that may explain how early trauma can shift brain function in ways that don’t emerge until adulthood, and for no clear reason when they do,” says Gord Fishell, PhD, the Julius Raynes Professor of Neuroscience and Physiology in the Department of Neuroscience and Physiology at NYU Langone. “Our results counter the longstanding notion that brain formation starts with the cells in embryo that move to their destinations within nerve circuits in a smooth, unbroken process. Parts of it may happen in waves, where related cells move along similar routes at different stages.”

Why our ancient ancestors might have needed pioneer nerve networks is unknown, says Fishell. Some theorize that evolution preserved transient templates because they lend versatility to a complex development program, enabling structures to form at different times and integrate at the end.

Nerve Cell Interaction at the Heart of the Study

The study results revolve around the function of nerve cells, which transmit signals and coordinate thoughts and actions. Based on which chemical they secrete, each nerve cell in a nerve pathway “decides” whether a message travels onward. For example, nerve cells that tell the next cell in line to pass on and amplify a message are excitatory; those that stop messages are inhibitory.

Combinations of the two strike a counter-balance in feedback systems critical to the function of the central nervous system. Too much excitation or a lack of inhibition causes circuits to seize and, ultimately, the death of nerve networks as part of neurological disorders.

Since 2002, Fishell’s lab has focused on inhibitory nerve cells called interneurons. While less common than their excitatory counterparts, interneurons sculpt incoming “noise” from excitatory cells into the useful arrangements behind thought, memory and awareness. Interneurons also enable precise cortical connectivity by accomplishing an “astonishing” number of functions based on their ability to send out offshoots that wire into any nearby nerve cell.

In the current study, conducted in partnership with The Salk Institute for Biological Studies, researchers discovered the first known instance where a set of inhibitory interneurons comes into a brain region early in development to lay down a template for a later network.

Specifically, the current study discovered that during mouse development, somatostatin interneurons in deeper, earlier formed layers of the cortex receive dense, temporary incoming nerve extensions from the brain region called the thalamus. SST interneurons then closely connect the excitatory cells they influence (pyramidal neurons) and the PV interneurons that will eventually replace them. In this way, the thalamus, which forms early to process sensory information, guides the formation of the cortex.

Researchers found that if SST nerve circuits are not in place to start, subsequent PV interneuron networks never form. Disruption of early SST networks stops the maturation of nerve inputs from the thalamus to PV interneurons, causing wiring defects evident in the lower current flow and firing speed of affected circuits.

“In the future, we may be able to use gene therapy – viruses stripped of their ability to cause disease but able to penetrate cells and edit DNA – to fix in a specific interneuron mistakes laid down in faulty SST templates,” says Fishell, director of the Smillow Neuroscience Program and associate director of the Druckenmiller Neuroscience Institute at NYU Langone.

“As it stands, all major drugs currently in use for neurological disorders, developed between 1942 and 1972, seek to dial down the action of signaling chemicals called neurotransmitters,” says Fishell. “Such drugs affect many functions in healthy cells along with those contributing to disease to cause side effects, which are often severe enough to limit their use.”