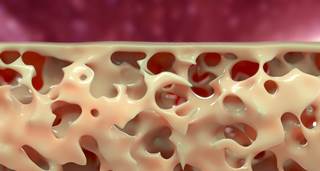 Strict treatment for the prevention of bone mineral density (BMD) loss is needed in patients with epilepsy, according to data presented at the 2017 American Epilepsy Society Annual Meeting, December 1-5, 2017 in Washington, DC.

Researchers conducted a long-term follow-up study to determine whether BMD loss, osteoporosis, and fractures were successfully treated or prevented in an urban population of patients with epilepsy and reduced bone density.

The researchers analyzed information from a 2007 study conducted at Montefiore Medical Center’s Comprehensive Epilepsy Center and selected patients who had 2 dual-energy absorptiometry (DXA) scans that were performed at least 5 years apart. They evaluated T-score values, antiepileptic drug (AED) use, and bone loss treatment.

Eighty-one patients met study criteria; the median time between DXA scans was 9.40 years. At the second DXA scan, 45 patients (55.6%) reported a lower T-score at the femoral neck than their initial scan. Using criteria from the World Health Organization, 24 patients (29.6%) had osteopenia at the femoral neck and 14 patients (17.3%) had osteoporosis at the femoral neck at their second DXA scan. At the first DXA scan, it was estimated that no patients had a 10-year risk of more than 20% for developing major osteoporotic fracture, yet 11 patients (13.6%) sustained a major osteoporotic fracture after the first DXA scan. The researchers noted that 9 of those patients (81.8%) took AEDs associated with bone loss and 8 (72.7%) took treatment to prevent bone loss.