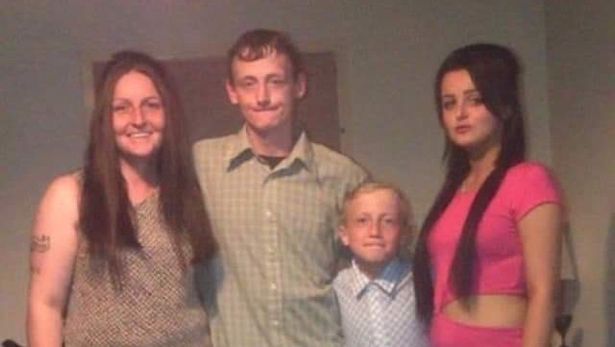 Jamie Low, 42, had been walking the short distance home from a friend’s house in Dundee when she collapsed.

A beloved mum of two died in the street after suffering an epileptic seizure while walking home from a friend’s house in Dundee.

Jamie Low, 42, collapsed on Saturday night in front of her partner Ally Ramsay who tried desperately to resuscitate her after she stopped breathing. An ambulance was called but despite the valiant efforts of her partner and paramedics who gave her CPR, Jamie was pronounced dead.

She leaves behind her children Courtney Ramsay, 22, and Connor Ramsay, 20, who are now having to plan her funeral.

Speaking to the Record, Courtney said her mum, who was gran to her two daughters, had been “a kind loving person that would do anything for anyone”.

She said: “Mum had dealt with epilepsy most of her life – since she was about 16. She was at her pal’s house on Saturday night and came out with her friends to go home, and took an epileptic fit.

“My dad came down the road and tried to save her – the paramedics tried saving her afterwards. But it was obviously too late.

“He did CPR, but she was pronounced dead at the scene. She was really young, too young.

“We had a lot of disputes, but that’s what mothers and daughters do. When my brother and I grew up it was the four of us – me, my brother, my mum and my dad. We were close.”

Jamie had been in hospital the previous weekend following an epileptic episode, for which she had been successfully treated. Her devastated family say they are still processing their sudden loss.

The family has launched a GoFundMe page to help cover the costs of Jamie’s funeral. While they are likely to be eligible for the Scottish Government’s Funeral Support Payment, the benefit will not cover the full costs.

Courtney added: “I’ve got two young children of my own under the age of two and with them and the cost of living going up I’ve not got any savings. I’m a stay at home mum and I haven’t got any money put away for this.

“We’ve raised some money for her and it’s helped us a good bit. I’m just trying to keep my mind off of everything for the girls at the moment.”