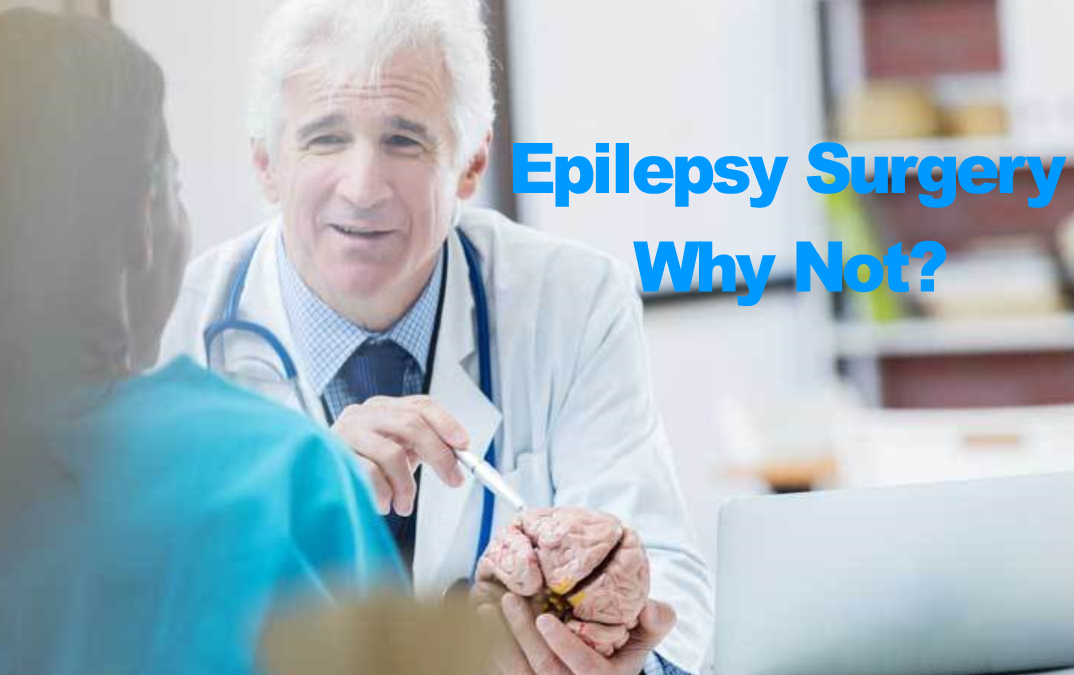 Barriers to epilepsy surgery evaluation: Reports from physicians and patients

Though the success rate of epilepsy surgery can be higher than 80% for certain seizure types, only a small fraction of people with drug-resistant epilepsy are referred for surgical evaluation.

To investigate the reasons behind provider nonreferral, as well as patient refusal of referral, a group at Charité University Hospital, Berlin, reviewed clinical checklists from the four outpatient epilepsy clinics tied to Germany’s Berlin-Brandenburg Epilepsy Center. Three of the clinics are at different campuses of Charité University Hospital; the fourth is at a nonacademic hospital.

Their results were published in a recent issue of Epilepsia.

For patients not referred for evaluation, the provider was asked to choose a reason or reasons for non-referral from nine options, including an open-ended “other” option that allowed for provider input. Patients who refused a referral were offered a similar list of options. Checklists completed during the first six months of 2016 were included in the study.

Of 225 checklists, 40 were excluded because the patients either already had surgery or had completed presurgical evaluation, so there was no chance of refusal. The remaining 185 were analyzed. Researchers also retrospectively collected other data on each study participant, such as age, sex, age at first seizure, number of current and lifetime anti-epilepsy drugs (AEDs) and seizure type.

“I think one of the most important messages from our work is that the decision to refer a patient to presurgical assessment is multifaceted and highly influenced by physicians’ own experiences, both clinically and personally,” said Mirja Steinbrenner, clinical research fellow at King’s College London and first author. “We expected a higher yield, not only in terms of physician referral rates, but also in consent from patients.”

“It’s good to have a study that evaluated the patients and the physicians,” said Lara Jehi, research director of the Cleveland Clinic Epilepsy Center. “Typically, studies survey either one or the other.” Also, she noted, “They looked at referrals in the context of variables that we often correlate with surgical candidacy or chance of cure. And they didn’t just ask for opinions from physicians and patients. They looked at what actually happened.”

The most common reasons cited by physicians for non-referral were low seizure frequency and low seizure severity. “Generally, these terms refer to the perceived level of disability in the daily life of an individual,” said Steinbrenner.

This perception would be different for each patient, noted Christopher Todd Anderson, clinical director of the Froedtert Hospital Epilepsy Monitoring Unit, Milwaukee and assistant professor at the Medical College of Wisconsin. Anderson and others conducted a study of factors that affect patient decision-making for epilepsy surgery. Those who found their seizures disabling or embarrassing were more apt to pursue surgery, he noted.

Other reasons for non-referral included no assumed success of surgery, psychiatric comorbidities, and severe intellectual disability.

This last finding is novel, noted Anderson. The authors called it “counterintuitive” but suggested that younger epileptologists might be more vigilant in referring patients to surgery, due to updates in their medical training emphasizing the effectiveness of surgery.

Anderson, however, said that he “always sort of intuitively thought it was the case” that more experience was correlated with fewer referrals. He offered two interpretations:

Jehi suggested that the reluctance to refer might reflect experience with seeing negative surgical outcomes, which could provoke increased caution. “There can be a sense of disillusionment with surgery [over time],” she said. “But we shouldn’t be pulling all the way back.”

Steinbrenner suggests that an objective referral tool may help adjust for some of the provider-centric differences the study found. One example is the Canadian Appropriateness of Epilepsy Surgery (CASES) tool, developed in 2012. CASES has been shown to be effective and sensitive in identifying candidates for surgical evaluation, she said.

Jehi is leading a team of researchers to create and refine an epilepsy surgery risk calculator using diagnostic technology and predictive modeling. Its initial validation was published in 2015.

If patients had not been previously evaluated for epilepsy surgery, epileptologists were less prone to refer them for evaluation. The authors suggest that patients with a history of presurgical evaluation probably already had distinct recommendations (for example, for repetition of noninvasive video EEG monitoring) that had not yet been fulfilled. Therefore, they were referred again to continue a diagnostic process that had already been started.

To take this into account, the authors excluded the 59 patients with prior presurgical assessment and did another analysis. They found the same variables were associated with physician nonreferral, and that 70% of the referred patients in this subgroup rejected their referral, an identical percentage to that in the overall group. Analyzing variables associated with patient rejection could not be performed on this subgroup, however, as the sample size was too small.

Patients who were referred for presurgical evaluation but refused most often cited fear as their reason: either overall fear of surgery, or fear of post-operative physical handicaps.

“Fear of complications is uniformly the top reason why patients don’t want to have surgery,” said Jehi. “That is a difficult challenge. I learned early on that I shouldn’t push patients if that is the reason that is holding them back from surgery, because complications do happen – I don’t want to downplay that risk. It takes time to build a relationship with a patient so they may eventually be comfortable with surgery.”

Clinical considerations aside, post-operative seizure freedom in older patients who have lived most of their lives with epilepsy could lead to practical, social and emotional complications. Indeed, patients who volunteered other reasons for rejecting their referral often explained that they had accepted the number and severity of their seizures and weren’t interested in change.

“Though early epilepsy surgery is advocated, most patients undergo their first presurgical evaluation 10 or even 15 years after epilepsy onset,” said Steinbrenner. “These patients have put up with their epilepsy and it is part of their daily life.”

The number, type and severity of seizures that are considered “acceptable” will vary with each patient, noted Anderson. “What the doctor considers disabling or not disabling might be completely different from what the patient thinks,” he said. “For example, someone who drives for a living will likely be eager to have surgery, regardless of how many seizures they have and how disabling they are.”