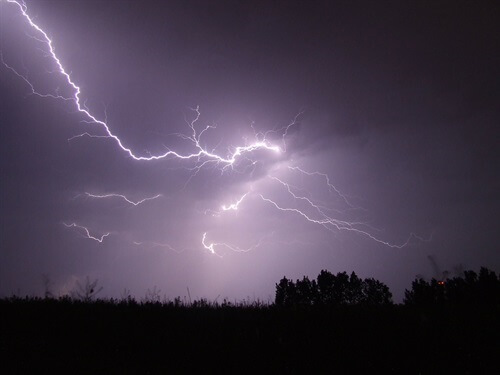 Bad Weather May Increase Risk of Seizures in People with Epilepsy, Study Suggests 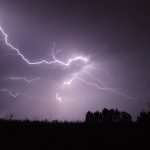 Low pressure and high humidity—conditions associated with thunderstorms—may put people with epilepsy at higher risk of a seizure. That’s according to a study published online on May 28 in Epilepsia.

Reports of a Weather-Seizure Connection

Epilepsy has a variety of triggers, including sleep deprivation and stress, but many seizures still occur without warning or explanation. Many patients with epilepsy also report anecdotally that bad weather induces seizures. Until now, though, researchers hadn’t investigated the association in a rigorous, long-term study.

The researchers then obtained meteorological records from the Meteorological Monitoring Station of the Jena University of Applied Sciences to determine the hourly ambient temperature, relative air humidity, and atmospheric pressure over the study period. They compared the patients’ hospitalization records with the meteorological data to find possible associations.

The researchers found that people were most likely to experience a seizure during times of high relative air humidity and low atmospheric pressure—conditions that can cause wind, rain, thunderstorms, and even tornadoes.

The researchers found no link between zero humidity and seizure risk. In general, patients with less severe epilepsy appeared to be more vulnerable to low atmospheric pressure and high humidity.

Finally, the researchers found that low air temperatures did not have an effect on seizure risk. And temperatures above 20 degrees Celsius (68 degrees Fahrenheit) seemed to have a slightly protective effect against seizures.

The findings, “suggest a significant association between weather and epileptic seizures,” the authors concluded. However, they cautioned, they weren’t able to tease out whether low atmospheric pressure and high humidity made patients feel depressed or stressed out or less likely to take their anti-epileptic medication or whether those conditions actually caused the seizures.

Still, patients who have epilepsy may want to be extra vigilante about medication and preparing for seizures during bad weather.