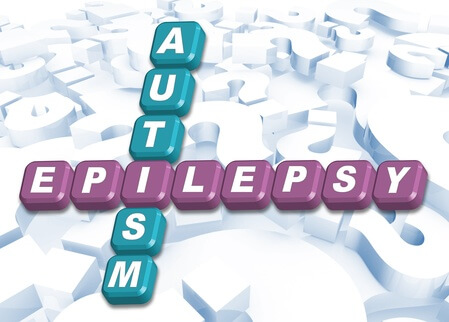 Autism-Related Memory and Seizures Improved through Gene Repair in Adults

Scientists in the United States have shown that correcting the protein deficiency caused by a genetic form of autism spectrum disorder (ASD) in adult mice can improve some of the characteristic symptoms, even though the treatment is carried out well past what has traditionally been thought of as the critical window of early brain development. The studies, carried out in a mouse model of human ASD that is caused by defects in the SYNGAP1 gene, found that restoring normal SynGAP proteins levels in adult animals improved behavioral and electrophysiological measures of both memory and seizure. The authors suggest that future gene therapies for genetic causes of neurodevelopmental disorders (NDDs) such as ASD, intellectual disability (ID), and epilepsy, may also be effective in adult patients.

“Our findings in mice suggest that neurodevelopmental disorders’ disease course can be altered in adult patients,” said research lead Gavin Rumbaugh, PhD, an associate professor in the department of neuroscience at Scripps Research in Florida. “We can correct brain dysfunction related to seizure as well as memory impairments after restoring SynGAP protein levels in the adult animals.”

Rumbaugh’s team, together with colleagues at the University of Texas at Austin, and the Jan and Dan Duncan Neurological Research Institute and department of pediatrics at Baylor College of Medicine, report their results in eLife, in a paper titled, “Re-expression of SynGAP Protein in Adulthood Improves Translatable Measures of Brain Function and Behavior.”

While it has historically been thought that NDDs are caused by defects in brain development that occur very early in life, recent work in animal models of genetically linked NDDs have suggested that brain function can be improved even when treatment is started in adulthood, the researchers explained. The findings indicate that not all the consequences of NDDs caused by gene defects are related to impaired neurodevelopment. “The potential impact of adult initiated treatments in NDD patients cannot be overstated,” the authors continued, “as there are currently no effective treatments for the most debilitating aspects of these disorders. Thus, hope remains that adults with NDDs could benefit from emerging therapeutic strategies.”

There are gaps in our knowledge, however. Adult reversal studies in animal models of genetically mediated NDDs have demonstrated that treatment is most effective in correcting social behaviors and/or motor function. “However, there is less evidence that adult-initiated treatments can improve both cognitive dysfunction and seizure susceptibility in animal models for human disorders that are defined by these core phenotypes,” the investigators noted.

Large-scale sequencing projects in children with NDDs have identified a number of genes that are causal for severe brain dysfunction disorders characterized by cognitive impairment and seizures. SYNGAP1 is a recently discovered NDD gene that is causally linked with a range of NDDs, including ID, severe epilepsy, and schizophrenia. Children with only one working copy of the SYNGAP1 gene don’t produce enough of the SynGAP protein, and depending on the extent of the deficit, can develop ID, autism-like behaviors, disordered sensory processing, delayed language development, and epilepsy that doesn’t respond to treatment. The condition, known as MRD5, is thought to affect up to 4 in 10,000 people, or up to 1% of ID cases. The incidence is similar to that of Fragile X syndrome, the researchers noted. “SYNGAP1 has been recognized as a high-priority risk gene worth of in-depth study.”

In mice, knocking out one copy of the SynGAP1 gene leads to 50% reductions in SynGAP protein levels, which mimics MRD5 in humans. In animals, this lack of SynGAP1 disrupts a critical period of neurodevelopment, which can cause brain circuits to become overly excitable, and lead to defects in brain function. Reversing the condition in neonatal mice has been shown to impact on working memory, locomotor activity, and anxiety, whereas carrying out similar treatments in adult mice hasn’t been as effective. Rumbaugh’s team set out to investigate whether adult reversal of the genetic cause can benefit other phenotypes of the condition, such as long-term memory and seizure susceptibility.

They showed that restoring SynGAP protein levels in adult mice had multiple benefits, including reversing deficits in remote memory, reducing seizure risk, and re-balancing neural excitability. These findings indicated that as well as impacting on the brain during development, lack of SynGAP also affects the adult brain.

“We conclude that SynGAP protein retains biological functions throughout adulthood and that non-developmental functions may contribute to disease phenotypes,” the authors concluded. “Thus, treatments that target debilitating aspects of severe NDDs, such as medically-refractory seizures and cognitive impairment, may be effective in adult patients.”

Interestingly, the reported research may also open up new ways of measuring the effectiveness of treatments for neurodevelopmental disorders. As part of their studies, the team looked at electrographic spikes, known as high-amplitude interictal spiking (ISS) events, which are pathological electrical events that reflect seizure susceptibility. Such spikes occurring between seizures and are an indicator of epilepsy. The investigators evaluated human EEG data from a SYNGAP1 disorder patient registry, and found that ISS events were more likely to occur during sleep. Similar findings were reported for the mouse model, suggesting that biomarkers relating to ISS may help to indicate whether treatments are leading to general improvements in brain function.

“The real-world impact of our current findings is two-fold,” the authors concluded. “First, therapies that improve the expression and/or function of SynGAP protein may be beneficial to MRD5 patients or all ages. Adult re-expression of SynGAP appears to correct neurophysiological imbalances within circuits that predispose the brain to seizure generation and certain forms of cognitive impairment.” The researchers state that future studies will be needed to understand the molecular and cellular mechanisms that are restored after SynGAP re-expression, and to link these processes to those that contribute to behavioral memory and seizure.

The second real-world implication of the study is that “it may have identified a candidate translatable biomarker that can serve as an endpoint for efficacy testing of novel treatments for MRD5 patients,” the authors further noted. The data from both mouse studies and human databases indicated that IIS events worsen during sleep, which is a hallmark of epilepsy syndromes with cognitive impairment. “If a relationship between the severity of state-dependent IIS and cognitive impairment is observed in patients, then these signals may be useful as biomarkers for improved cortical function in translational studies aimed at identifying effective therapeutic strategies for SYNGAP1 patients.”

“Getting to know families affected by this severe disorder has been invaluable, and drives us to develop treatments that will improve the lives of both children and adults,” Rumbaugh said. “It is encouraging that gene therapy techniques that increase pathologically low protein levels for other types of brain disorders are showing promise in the clinic now.”