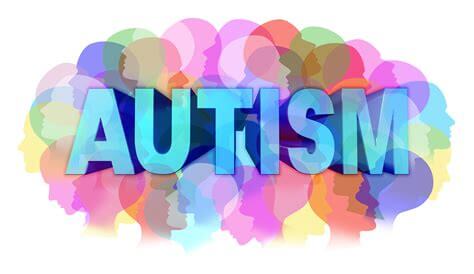 Autism? All You Need To Know About It. 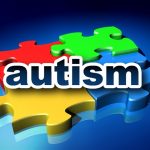 About 1% of adults have Autism and autism is much more common in boys than in girls, with a male: female ratio of 4:1

Autism is a developmental disorder in which affected persons have problems with their emotions and behaviors, as well as delays in their social and communication skills.

Most people with autism, appear normal, except that, they behave, act and react differently.

I remember, in the middle of last year, (2017), GBC TV was showing documentary on children with autism in Ghana, and (wrongly), portrayed kids who had features, mainly, of Down’s syndrome, as children with Autism. Children with autism, almost always, look normal, with no gross dysmorphic features.

We all grew up along with kids who may have had autism, but they were not detected, due to lack of awareness. During those days, some of these kids were either left behind in class, or they discontinued schooling.

These symptoms are present from early childhood and limit or impair everyday function.

Individuals with autism, show a broad spectrum of abilities and functional disabilities in the following areas:

Cognition: cognitive development may range from profound intellectual disability to above average intelligence.

Autism in general, is a lifelong disability.

They are, however, irritated by loud noise from TV and radios

Enlisted below are other abnormal characters associated with Autism:

OTHER PROBLEMS THAT COEXIST WITH AUTISM

BEHAVIORAL PROBLEMS IN AUTISM both Kids and Adults

People with ASD are at increased risk for a lot of safety concerns. They have inattention, impulsivity, Hyperactivity. These include:
. Elopement
. Drowning
. Suffocation
. Injuries from burns, falls,
. Ingestion of harmful substances

Autism has no known single biologic cause. Genes play a role, and so, do environmental factors during and after pregnancy.

Diagnosis of Autism involves a 2-step approach:
Step 1. Specific Autism Developmental screening is done for all children at age 18-month, and 24-months
M-CHAT (Modified Checklist for Autism in Toddlers) is the most widely used screening tool.
All children must be screened for ASD during the regular well child visits at 18 and 24 months.
Step 2. Those suspected to have ASD, are then, referred to developmental specialist, Psychologists and Neurologists, for further evaluation.
Physicians will do screening and refer people with Autism to developmental specialist.
Children between 12 and 24 months are referred if any one of the following exists
. Lack of babbling by 12months, Single words by 18 months, or phrases by 24 months
. An inability to follow simple instructions or imitate others by 12 months
. A lack of pointing out objects of interest by 18 months.
. An inability to direct the child’s attention or lack of response to name by 18 months
. Little interest in other children by 24 months of age
Those confirmed as having Autism are considered for rehabilitation and placement.

Autistic children should be placed in specialized programs as soon as the diagnosis is suspected.

No treatment is effective for the core behavioral manifestations of autism, but drugs may be effective in treating associated behavioral problems and comorbid disorders

For further reading, and to check developmental milestones for children, here are the links to the USA, CDC Website:
https://www.cdc.gov/ncbddd/autism/facts.html