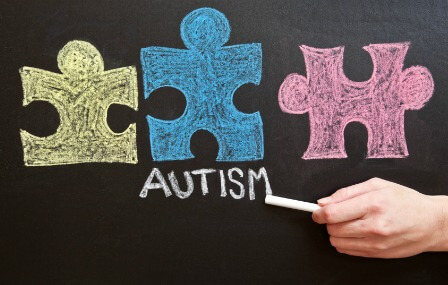 Is the increasing rise in cases of Autism due to more instances of the spectrum disorder, or are advances in diagnostics leading to more detection, and therefor, more known cases?

The number of children diagnosed with autism has ballooned in recent years, but the reason for the increase is hotly debated. Some argue autism results when rare gene mutations are triggered by environmental factors like pollution, certain chemicals or even parental age. Others say it’s due to the fact that we’ve simply gotten much better at diagnosing it. Now, a large new study published in the journal JAMA Pediatrics suggests the primary cause of the increase of autism spectrum disorder is actually due to changes in how the disease is diagnosed.

“This study is important because it shows a large part of the increase has nothing to do with the environment, but rather administrative decisions,” says study author Stefan Hansen of Aarhus University in Denmark.

The researchers followed 677,915 Danish children born between 1980 and 1991 and tracked them until they either had an autism diagnosis or reached the study end date of Dec. 31, 2011. Hansen and his team looked specifically at changes that occurred before and after the year 1994, when criteria for psychiatric diagnoses changed in Denmark so that autism became a spectrum of disorders, broadening the criteria for diagnosis. The researchers found significantly more children were diagnosed with autism in 1995 and on, and the team was able to determine that 60% of the increase could be attributed to these criteria changes.

“I am not saying it explains everything,” says Hansen. “There’s the remaining 40%, so we shouldn’t stop here.” That 40% is important if researchers want to understand all the contributing factors to the disease he says.