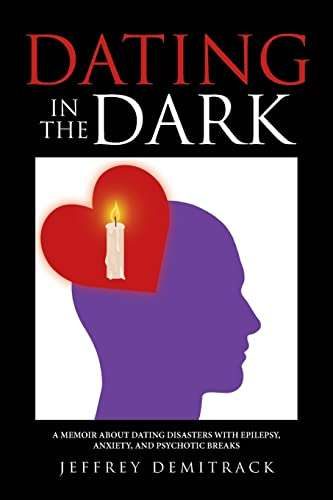 Recent release “Dating in the Dark” from Page Publishing author Jeffrey Demitrack is an eye-opening account that details moments in the author’s dating life that have been impacted by his epileptic seizures. By sharing his story, Demitrack hopes to shed light on seizure disorders and how they disrupt one’s everyday life while helping others with epilepsy know they are not alone.

Jeffrey Demitrack, earned his master’s degree in counseling psychology from Cambridge College and has enjoyed many careers, including participating in the family business, sales, and IT work for the New York Department of Education, has completed his new book “Dating in the Dark: A Memoir About Dating Disasters with Epilepsy, Anxiety, and Psychotic Breaks”: a powerful memoir that details the authors experiences in trying to find a romantic partner while dealing with epileptic seizures that have often derailed his dating plans.

“My story isn’t easy to tell. It’s hard to put into words exactly what I’ve felt or experienced, and some moments are simply too graphic to describe,” writes Demitrack. “I still thought I’d give it a try because epilepsy is something I’m stuck with for life, and that’s something I can’t escape. I hope my story helps open up a dialogue about this disorder and gives people a chance to relate to it in a way they might not have previously. Epilepsy hasn’t gotten the attention or funding it deserves, but as the public hears about how common it is and sees famous people whose lives it has touched, there have gradually been more and more people taking notice.”

Demitrack continues, “This book is about a unique subset of the seizures I’ve had while suffering from intractable epilepsy while exploring my sexuality. The word ‘intractable’ is stuck in front of my diagnosis because it means that my epilepsy doesn’t respond well to medicinal treatment. I’ve had thousands of seizures, of different types, but I wanted to describe to you some that were traumatic not only for me but for other people in my life at the time. Whether it was with an exclusive girlfriend, a first date, or others, an epileptic seizure thwarted any plans I had for the evening.”

The author finishes by sharing, “I hope you will enjoy this deeply personal story with an open mind. As you read, you will see I lost many meaningful relationships on top of other components that would have contributed to a higher quality of life. The more I lost, the harder it was to find relationships. If this book helps one person to understand epilepsy and relationships better, the time and effort to write it was well worth it.”

Published by Page Publishing, Jeffrey Demitrack’s enthralling story invites readers to experience what life is like for those who live with epilepsy and find themselves in the dark and having no control over when a seizure occurs. In this raw and honest approach, Demitrack details the complexities of being a lover and romantic partner, along with the confusion and loneliness that can be felt by those afflicted with epilepsy.

Readers who wish to experience this engaging work can purchase “Dating in the Dark: A Memoir About Dating Disasters with Epilepsy, Anxiety, and Psychotic Breaks” at bookstores everywhere, or online at the Apple iTunes Store, Amazon, Google Play, or Barnes and Noble.