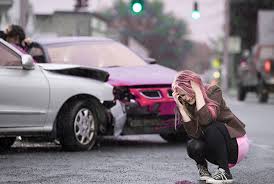 Auras may not protect epileptic drivers 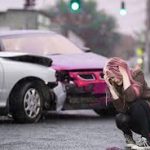 A new Yale co-authored study suggests that experiencing warning signs before seizures may not contribute to an epileptic individual’s driving safety.

Yale researchers found that people with uncontrolled seizures who experienced “auras”- — reliable warning signs before a seizure — had motor vehicle accidents just as often as those who did not have auras. The findings, published in September in the journal Epilepsia, have implications for legislation in states where auras are used to gauge whether someone with epilepsy can drive safely.

“Having an aura before your seizures doesn’t protect you from having an accident while driving, which means that, unfortunately, we should not be allowing patients who have a warning before their seizures to drive if the seizures are still uncontrolled,” said Hal Blumenfeld, neurology professor and director of the Yale Clinical Neuroscience Imaging Center.

Using data from the Multicenter Study of Epilepsy Surgery, the researchers examined two groups: patients who had an accident due to having a seizure while driving and patients who were able to prevent accidents despite having a seizure while driving. In a questionnaire, the researchers asked epileptic subjects about their auras and other details about their seizures, including duration and frequency.

Researchers recorded the percentage of auras within the two groups and found that motorists with auras had an equal chance of having an accident when compared to those who did not have dependable warning signs prior to their seizures.

The researchers also explored whether longer auras provided benefits to patients, finding that auras did not help motorists drive more safely, regardless of their length.

Most states do not allow a person with episodes of impaired consciousness to drive, Andrew Cole, director of the Massachusetts General Hospital Epilepsy Service, said. States have varying time limits on how long a person has to go without an episode before he or she is once again permitted to drive an automobile, Cole said. These limits range from three months in Arizona to a year in many other states.

“Obviously the time limits are arbitrary. If one state says three months and one state says a year, it’s clear that there’s not very good data to decide what the right length of time is,” Cole said. “But everyone agrees that some length of time seems reasonable; how long depends on how conservative you are.”

In 1994, the American Academy of Neurology and the American Epilepsy Society recommended that individuals who had “consistent and prolonged auras” should have shorter bans before they were permitted to drive again. In 11 states, auras continue to be considered in creating legal guidelines on these issues. Because of this consideration, some epileptic individuals begin to drive again earlier than they would have if they had not experienced or reported their auras.

But according to Vineet Punia, co-author of the study and epilepsy fellow at Cleveland Clinic, auras may not help protect epileptic motorists.

“So that means it gives [the patient] a false sense of safety that ‘Oh, I can drive, I have a warning and I won’t have an accident.’ But that doesn’t pan out in reality on the road,” Punia said. “The most important implication is that we should be cautious and not over-rely on this warning they had before their seizure.”

Punia noted the biggest limitation of the study is the questionnaire’s retrospective nature. He added that future testing could administer driving simulation tests while monitoring the electrical activity in patients’ brains.

Still, there are limitations on studying epileptic populations.

According to the Centers for Disease Control and Prevention, about 2.4 million adults have active epilepsy.