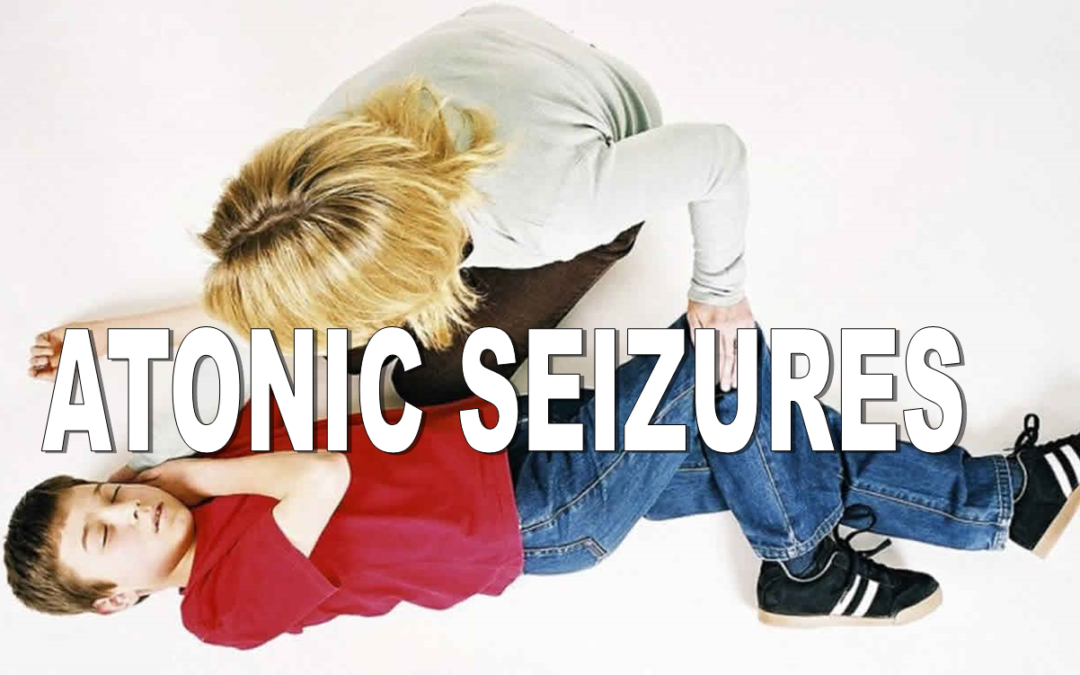 Seizures are characterized by abnormal changes in the brain’s electrical activity. These changes can cause loss of consciousness or involuntary movements, like shaking or jerking.

Epilepsy can cause many possible types of seizures, including atonic seizures. These seizures, also called drop attacks, cause a sudden loss of muscle tone. This can lead to head-drooping or falling.

Read on to learn about the symptoms, causes, and treatment options associated with atonic seizures.

What is an atonic seizure?

An atonic seizure happens when your muscles suddenly relax. It happens involuntary, so you can’t control it.

This seizure might affect one muscle group, like the head and neck, causing the body part to droop. In other cases, it can affect all your muscles, causing you to fall if you’re standing.

Most atonic seizures last about 15 seconds or less. Sometimes, they can last for several minutes.

What are myoclonic atonic seizures?

If you experience this with an atonic seizure, it’s known as a myoclonic atonic seizure. Your muscles suddenly jerk before falling limp.

Myoclonic atonic seizures may occur in Doose syndrome, or myoclonic astatic epilepsy. This is a rare syndrome that appears in early childhood.

Aftereffects of an atonic seizure

Atonic seizures are usually short. But you might feel confused after the seizure, especially if you briefly lose consciousness.

If you were standing or doing something when the seizure happened, you might fall. This could lead to aftereffects like:

If the seizure didn’t cause pain or injury, you’ll be able to resume your normal activity.

Sometimes, atonic seizures may be part of a childhood condition, like Doose syndrome or Lennox-Gaustaut syndrome.  In other cases, the cause might be unknown.

Who is at risk for atonic seizures?

However, the seizures can last into adulthood. An adult who has these seizures likely had them as a child as well.

Adults may also experience atonic seizures if they have learning disabilities or frontal lobe lesions.

Atonic seizures in babies and toddlers

The seizures typically appear during infancy or early childhood. They may start between 1 and 6 years old, depending on the cause.

An atonic seizure can cause similar symptoms in both children and adults. But in some children, only their head may drop. This is common in babies, who are unable to stand.

If you think you’re having an atonic seizure, try to stay calm. This type of seizure is brief.

If you think someone else is having an atonic seizure, stay with them until they regain movement or consciousness.

Typically, first aid for atonic seizures isn’t required unless you or the person get hurt during a fall.

Visit a doctor if you suddenly lose muscle tone, even for a few seconds. A doctor can diagnose your symptoms.

If you’ve already been diagnosed with atonic seizures, keep seeing your doctor. Let them know if you develop unusual or additional symptoms.

Get medical help if you have:

MEDICAL EMERGENCYAlthough most seizures aren’t a medical emergency, some scenarios require immediate help. Call 911 or go to an emergency room if a person:

The best treatment depends on several factors, including:

Anti-epilepsy drugs (AEDs) are the most common form of seizure treatment.

However, atonic seizures often respond poorly to AEDs. You’ll likely need another treatment along with AEDs.

A high-fat, low-carbohydrate diet is used to treat seizures in children. This may include the ketogenic diet or modified Atkins diet.

It’s important to work with a dietitian and neurologist when eating a high-fat diet for seizuresTrusted Source. They can help you avoid the side effects of these diets.

If multiple AEDs fail to reduce atonic seizures, vagus nerve stimulation (VNS) might be an option.

Your vagus nerve sends information between your brain and rest of your body. VNS uses a device, which is implanted under the skin on your chest, to stimulate the nerve. This reduces the frequency of seizures.

Brain surgery might be recommended if atonic seizures don’t respond to AEDs. This involves a procedure called corpus callosotomy.

During the surgery, a surgeon disconnects the two sides of the brain. This stops abnormal electrical discharges from spreading from one side to the other.

The procedure is usually more effective than VNS.

How are atonic seizures diagnosed?

To diagnose atonic seizures, your doctor will use:

Atonic seizures, or drop attacks, are brief seizures that cause sudden muscle limpness. You might fall or drop an item. In babies and children, the head might drop.

These seizures are rare. They’re more common in children than adults, as they typically appear in childhood. But they can continue into adulthood.

Often, anti-epilepsy drugs are unable to control atonic seizures. A high-fat diet, vagus nerve stimulation, or brain surgery might be necessary. If you think you or your child has atonic seizures, see a doctor.