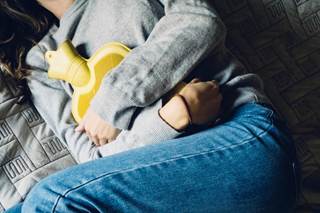 Published on: December 02, 2017|Categories: Epilepsy in women, Women and Epilepsy

There is a significant relationship between the age of seizure onset and the age of menarche (the first occurrence of menstruation) in women with epilepsy, according to research presented at the 2017 American Epilepsy Society Annual Meeting, held December 1-5, 2017 in Washington, DC.

Researchers gathered data from a web-based survey from the Epilepsy Birth Control Registry of 1144 women aged 18-47 who provided information on demographics, epilepsy diagnosis, antiepileptic drug use, and reproductive and contraceptive use.

A greater number of women with epilepsy (8.3%) had seizure onset during the year of menarche than during any other year. Regardless of the relationship between the year of menarche and the year of seizure onset, researchers believe that “the identification of a cluster that spans the 2 years before through 6 years after menarche and accounts for 49.3% of seizure onset” suggests an important role between adrenarche (Adrenarche is an early sexual maturation stage that in humans typically occurs at around 10 to 11 years of age.) and menarche, which increases “the production of neuroactive steroids that modulate neuronal excitability and seizures.”