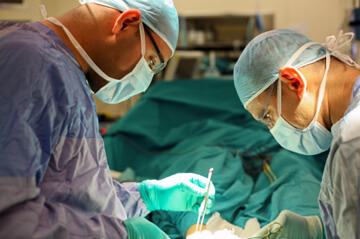 A newly published study shows that over 90% of epilepsy patients who had brain surgery were happy with their choice to have epilepsy surgery.  The high satisfaction rating is tied to the seizure reduction rates which were shown to be greatly reduced or eliminated altogether in a majority of patients surveyed.

“One percent of the U.S. population has epilepsy, and among that group there are about 750,000 patients with recurring seizures that are not well-controlled,” said study co-author Dr. Marianna Spanaki-Varelas, director of the Henry Ford Comprehensive Epilepsy Program at Henry Ford Hospital in Detroit. “Of those, 30 to 35 percent are [surgical] candidates because they do not respond to the roughly 15 appropriate epilepsy drugs that we have.”

The study showed that a great majority of patents were seizure free long after surgery and indicated a vast improvement in quality of life. The epilepsy surgery research was published in the February 2015 issue of Epilepsy & Behavior.

“We would not operate on people who have more than one spot of the brain that generates seizures,” Spanaki-Varelas said. “And we also would not operate on focal patients whose problem brain region is too close to areas that control motor or sensory function or speech.”

Even with these qualifying factors being relatively narrow, epilepsy surgery, Spanaki-Varelas writes that epilepsy surgery is still “highly underutilized in this country.” She said only 1,500 Americans have the surgery each year, even though recent research has shown that the procedure is actually no more risky than hip replacement surgery.

“There is a misconception, even among physicians, that surgery should be considered the very last resort, but we should not delay surgery until all drugs are tried. If a patient fails on one, two or, at maximum, three medications, alone or in combination, then they need to be considered as [surgical] candidates.”

Some statistics from the research: