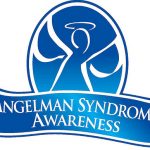 Patients with Angelman syndrome (AS) often have gastrointestinal (GI) issues such as constipation, reflux and abnormal food-related behaviors, according to new research.

The study, “Prevalence of gastrointestinal symptoms in Angelman syndrome,” appeared in the American Journal of Medical Genetics Part A. Its senior author is Dr. Ronald L. Thibert, director of the Angelman Syndrome Clinic at Boston’s MassGeneral Hospital for Children.

AS presents multiple genetic subtypes, which are correlated with diverse clinical features. The most frequent subtype, affecting 68 to 70 percent of cases, is a deletion of a maternal chromosomal region, which is associated with a more severe phenotype.

In addition to intellectual disability, speech deficits, movement disorders and epilepsy, infants with AS are often poor feeders. As with other neurodevelopmental disabilities, they suffer GI complications — including constipation, gastroesophageal reflux disease (GERD) and other abnormal food related behaviors — throughout life. Yet their frequency and scope haven’t been properly studied.

Highlighting the importance of the GI system to the clinical phenotype in AS, patients on a low glycemic index diet reduced their frequency of seizures and showed improved neurocognitive function.

As physical illnesses can aggravate sleep disturbances, irritability and seizures in AS, treatment of these problems is critical. Children with AS are more likely to be in pain than normally developing children.

Researchers analyzed medical records of 120 AS patients seen at the Angelman Syndrome Clinic at MassGeneral Hospital, and 43 individuals seen at the University of North Carolina Comprehensive Angelman Clinic.

Of the 163 patients, 141 had at least one symptom of GI dysfunction, with constipation (116) and GERD (72) being the most common. Other GI issues included cyclic vomiting episodes with no concurrent illness or food allergy, difficulty swallowing, excessive swallowing, and eosinophilic esophagitis (inflammation in the esophagus involving eosinophils, a type of white blood cell).  Upper GI symptoms (all except constipation) were more frequent in patients with deletions and paternal uniparental disomy, in which both chromosomal copies come from the father. Authors attributed that to the loss of multiple genes and subsequent low muscle tone. This would increase the risk of GERD, as well as feeding and swallowing issues.

The prevalence of constipation was similar among all genetic subtypes. Authors think this may be due to a behavioral component, involving anxiety, sensory issues and lack of attention regarding bathroom routines. Also, the low glycemic index diet used by 16 patients can worsen or trigger constipation in AS. Other factors that may cause GI issues in AS include a less varied diet, low fluid intake and anti-epileptic drugs.

“Caregivers and medical professionals should be aware of the high prevalence of these disorders, as individuals with AS may be unable to effectively communicate discomfort and pain,” authors wrote, urging further studies on GI issues to encourage earlier diagnosis, more effective therapies and improved quality of life.

What is Angelman Syndrome?

Angelman syndrome (AS) is a genetic disorder that mainly affects the nervous system.[2] Symptoms include a small head and a specific facial appearance, severe intellectual disability, developmental disability, speech problems, balance and movement problems, seizures, and sleep problems.[2] Children are usually happy in nature and have a particular interest in water.[2] The symptoms generally become noticeable by one year of age.[2]

Angelman syndrome is typically due to a new mutation rather than one inherited from a person’s parents.[2] Angelman syndrome is due to a lack of function of part of chromosome 15 inherited from a person’s mother.[2] Most of the time, it is due to a deletion or mutation of the UBE3A gene on that chromosome.[2] Occasionally, it is due to inheriting two copies of chromosome 15 from a person’s father and none from their mother.[2] As the father’s versions are inactivated by a process known as genomic imprinting, no functional version of the gene remains.[2] Diagnosis is based on symptoms and possibly genetic testing.[3]

No cure is available.[3] Treatment is generally supportive in nature.[3] Anti-seizure medications are used in those with seizures.[3] Physical therapy and bracing may help with walking.[3] Those affected have a nearly normal life expectancy.[2]

AS affects 1 in 12,000 to 20,000 people.[2] Males and females are equally frequently affected.[3] It is named after a British pediatrician, Harry Angelman, who first described the syndrome in 1965.[3][4] An older term, “happy puppet syndrome”, is generally considered pejorative.[5] Prader–Willi syndrome is a separate condition, caused by a similar loss of the father’s chromosome 15.[6]