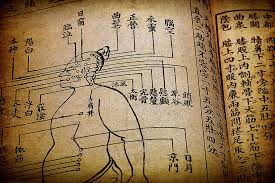 The history of medical marijuana and its use for epilepsy is a curious one. The marijuana plant, cannabis sativa, has been a part of folk medicine since antiquity and it has been used in Western medicine since the 19th century. One of its early uses was to control epileptic seizures. An obvious drawback, however, was that it was psychoactive — it made its users “high.” It was these psychoactive effects of cannabis that led to its being banned in most countries in the early 20th century.

In the 1930s and 1940s, research chemists began to extract various pure compounds — called “cannabinoids” — from the cannabis plant and discovered that some extracts made you high while others didn’t. The compound that causes the psychoactive effects of cannabis is “tetrahydrocannabinol,” which is usually abbreviated THC. A second compound which is without psychoactive effects is “cannabidiol” — abbreviated CBD. CBD has medicinal effects but it doesn’t make you high.

Scientific research into the seizure-suppressing effects of the cannabinoids was pioneered by Karler and Turkanis at the University of Utah. Working in animals, they showed that CBD — which doesn’t make you high — was as good as THC at suppressing seizures. Small clinical trials by other researchers confirmed that CBD also stopped seizures in humans and didn’t make them high either. This line of research led to an international symposium in 1981, which summarized most of what we know today about the cannabinoids and epilepsy. Then, suddenly, this line of research stopped dead. Nothing more was heard for thirty years or so.

The University of Toronto enters the story at this point. At the University of Toronto, we had become interested in the anticonvulsant effects of CBD in the 1980s due to the work of Karler and Turkanis. We had wondered whether CDB would be effective in our animal model of complex partial seizures. Complex partial seizures — which are now called “dyscognitive” — are the most common sort of seizures in adults and are very hard to control with anticonvulsant drugs. We couldn’t access CBD at that time, however. The only legal source of CBD in Canada in the 1980s was the federal government, and the federal government could not provide any. We turned to other lines of research.

Some thirty years later, medical marijuana resurfaced in the news. It was brought to the forefront by parents of children with uncontrollable epilepsy who wanted something better to help their children. (This was somewhat similar to the rediscovery of the ketogenic diet by parents in the 1990s.) It was found that medical marijuana seemed to improve certain devastating forms of childhood epilepsy. This led to the production and testing of cannabis extracts by GW Pharmaceuticals in England — and to a series of clinical trials that are currently in progress.

At the University of Toronto, we became interested again. Since CBD was now available, we hoped to get on with the animal tests we had wanted to do in the 1980s. The major problem lay in getting the CBD, however. Although CBD doesn’t make you high, it is legally classed with THC, which does. We therefore had to go through all of the steps related to obtaining a “banned” drug for research purposes.

The first steps were getting permission from our animal ethics committee and finding a supplier; we wanted CBD in pure — not herbal — form. The only supplier we could find in Canada listed a price so high that it would have cost us $10,000 for a small-scale study. After about four months of work we found a supplier in the United States who could provide CBD at less than a third of the Canadian cost.

By June 2014 we had an approved animal protocol and a guaranteed supplier, and we could apply to Health Canada for permission to do our experiments. Applying was the beginning, followed by a series of email interactions that continued all summer. While bureaucrats are often viewed as slow and uncooperative, the people we dealt with at Health Canada were, in fact, very polite and efficient. Still the process was not a simple one, and we began to understand why other Canadian animal researchers were not flocking to do CBD research. The red tape and security requirements are the same for CBD as for THC. In late August, Health Canada gave us permission to go ahead.

Unfortunately, since the CDB was coming from the States, it had to be imported, and imported under stringent controls. Health Canada was able to do the importation for us — which took more time — but which saved us a lot of trouble.

The CBD finally arrived in November — after about nine months of work — and we have started to test it. I wish we could report great success, but our results so far have been ambiguous. We will need to obtain more of the compound to continue which means starting the whole permission procedure over again. This time it should be faster. Wish us luck.

By Dr. McIntyre Burnham, a Professor Emeritus in the Department of Pharmacology at the University of Toronto and a Co-Director of EpLink, the Epilepsy Research Program of the Ontario Brain Institute.