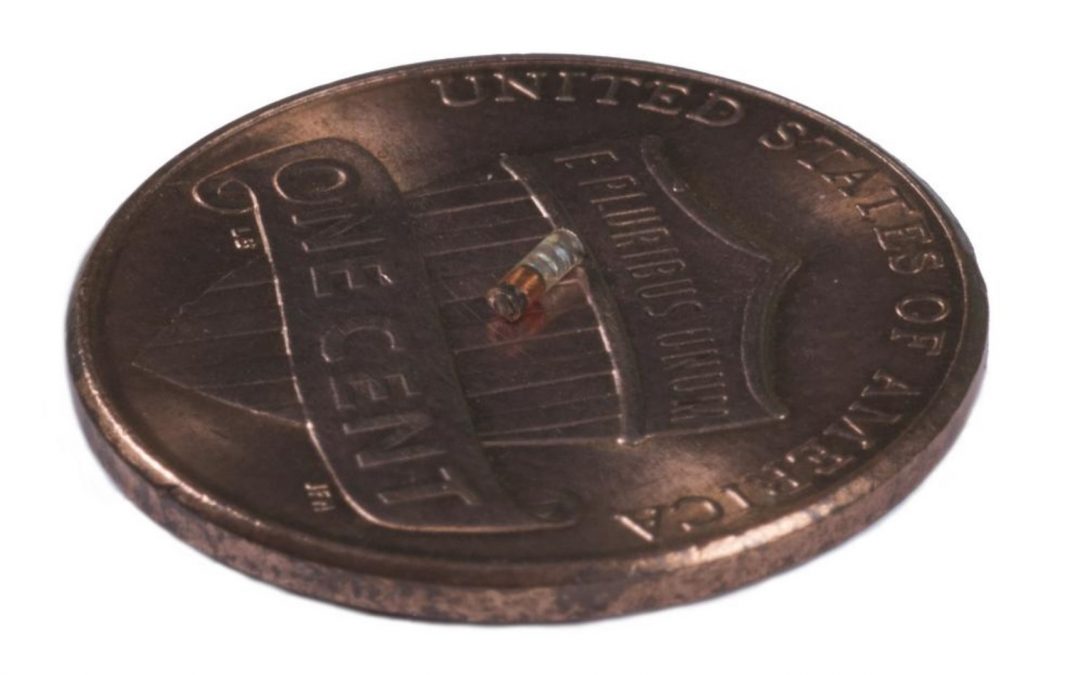 Cambridge, MA based research lab Draper says it hopes to make a newly developed implantable electronic device available to researchers to study the effects on disorders ranging from epilepsy to Parkinson’s disease.

The device, the first radio wave-powered neuromodulation device to be built so small, is 2.5 millimeters long — five times smaller than other radio-powered wireless stimulators. The device is able to electronically stimulate nerves to help patients suffering from nervous system disorders control their symptoms.

Engineers at the R&D nonprofit lab noted that the device was encapsulated in an FDA-approved coating, rather than titanium or ceramic, which allowed it to be so small. The device is small enough to clip onto a nerve and deliver enough current to activate it.

“Building a device small enough to be injected into the human body that can operate wirelessly and does not require surgery every time it needs a new battery is a real challenge,” said Daniel Freeman, a senior research engineer and electrophysiologist at Draper, in a statement.

In addition to treating epilepsy and Parkinson’s, Freeman said he envisions the device to be used to treat a host of range of diseases and problems, including chronic pain, urinary incontinence, inflammatory conditions and even high blood pressure.

Draper published a paper on the device in the journal Frontiers Media in November.

Draper is conducting ongoing studies of the device in rodents, but hopes to make the device available to researchers and eventually to test the device in human patients.

“The next step is that we are planning to make this device available (to) researchers so that they can use it in the course of their research on using peripheral nerve stimulation to treat a variety of disorders,” Freeman said in an interview with the Business Journal. “Eventually, we hope to use this device in humans, but there are many hurdles to getting through the FDA.”

The project is part of a growing body of research at Draper to use electronic implants in medicine. The company is also working to develop similar devices to restore sensation for amputees with bionic limbs.