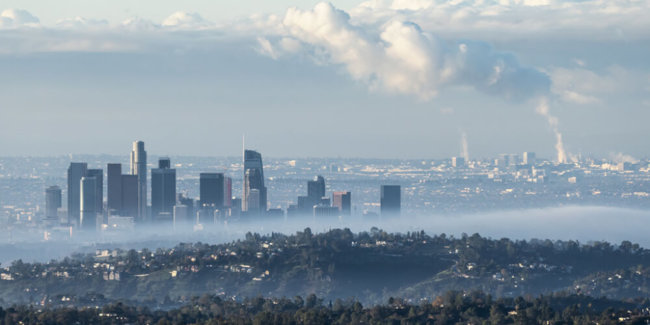 Air Pollution a Seizure Trigger for Patients With Epilepsy

The link between daily outdoor CO exposure and seizure risk was particularly evident for subclinical seizures ― those in patients with abnormal electroencephalography (EEG) signals but no clinical symptoms.

Emerging evidence indicates air pollution affects brain health and may increase the risk of hospitalization or outpatient visits for epilepsy. However, little is known about the effect of pollution on the occurrence of epileptic seizures.

The study used two independent long-term seizure datasets ― the NeuroVista (NV) study and the Seer App seizure diary (SD). In the NeuroVista study, researchers recorded continuous intracranial iEEG from patients with refractory focal epilepsy who had been implanted with a personal seizure advisory device that wirelessly recorded seizures on an external device.

The study included 49 participants, with epilepsy data on 15 patients in the NeuroVista study and on 34 from the SD dataset.

The investigators found a significant positive association between CO concentrations and epileptic seizure risks. The relative risk (RR) was 1.04 (95% CI, 1.01 – 1.07; P < .01) for an interquartile range (IQR) increase of CO (0.13 parts per million).

There were no significant relationships for the other four air pollutants. However, Chen noted that Australia has very low air pollution levels; most usually are within World Health Organization air quality guidelines.

“Our findings may not be generalized to other countries with high air pollution levels,” said Chen. He noted that the relatively small number of patients in the study may limit the statistical power to detect some associations.

Differences in outdoor activities and behaviors such as smoking and exercise may lead to variations in environmental exposure and help explain the sex differences, said Chen. These differences may also be due to the study’s limited sample size.

There were no significant associations in the SD dataset for any air pollutants. This may be because only clinical seizures ― those associated with evident symptoms ― are self-reported, said Chen. He also noted that seizure diaries may be unreliable.

These negative associations should be interpreted with caution, inasmuch as the associations were not robust in subsequent subgroup and sensitivity analyses, said Chen.

There were no significant associations when considering clinical seizures for any air pollutants.

Although previous research has demonstrated adverse neurologic effects of exposure to air pollutants, most studies were based on hospital databases or registers. Thus, they may have missed seizures that didn’t lead to hospital admission.

“Air pollution may affect brain metabolism, alter the immune response of the brain, and induce oxidative stress and neuroinflammation, causing the brain to be more susceptible to seizures,” he noted.

This is the first study to investigate seizure rates through intracranial EEG signals and self-reported seizure diaries. It’s also the first to look into the impact of pollutants at low concentration levels on subclinical seizures.

However, the study has some limitations. Self-reported seizures in the SD dataset might underestimate the influence of air pollution on seizures. The study used postal codes as proxies for exposure to pollution, which could introduce measurement errors and underestimate associations.

In addition, Chen noted that seizures from the NeuroVista dataset were recorded from patients with drug-resistant focal epilepsy. “Whether our findings can be generalized to other epilepsy types needs further investigation.”

The study could have important clinical and public health implications. For example, said Chen, it’s possible that seizure risk could be reduced through behavioral interventions, such as avoiding being outside or using an air filtration system when pollutant levels are high.

CO exposure could be a new factor for seizure risk forecasting, which could reduce the uncertainty of seizures and help guide epilepsy management, Chen added.