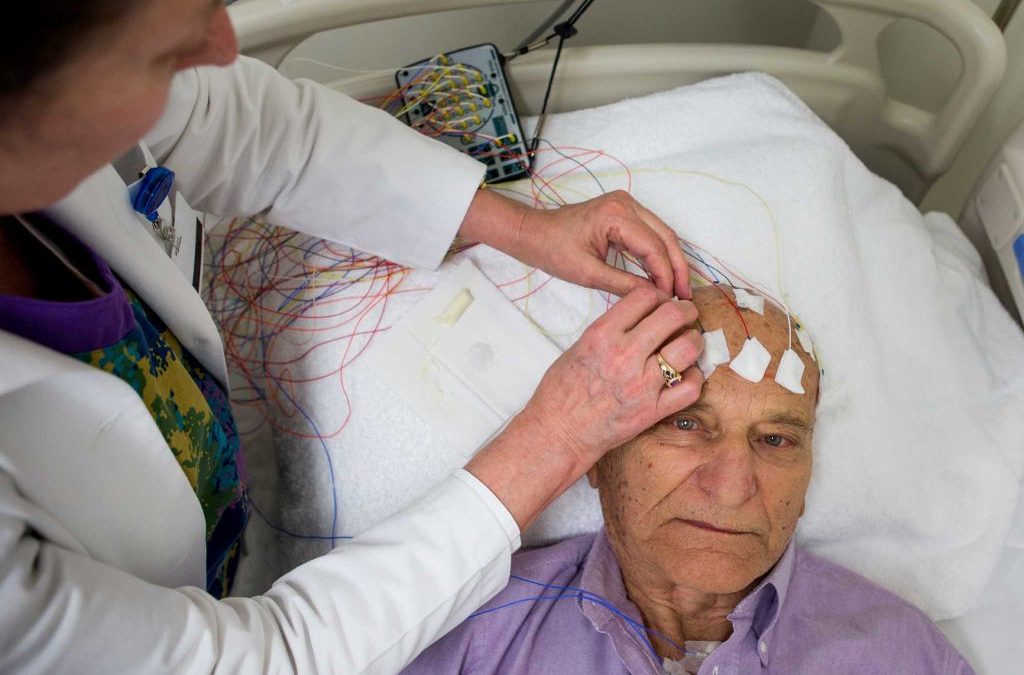 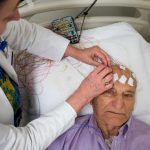 Disease can be harder to diagnose and treat because it can be masked by other health issues common in older patients:

Rapidly approaching their senior years, baby boomers are entering a new stage of life and facing a host of new health risks.

The implications of having a large population of senior adults include the increase of certain diseases associated with aging but unknown to many, like epilepsy, said Dr. Michael Newmark a Kelsey-Seybold Clinic neurologist.
“We have vastly more patients with epilepsy over the age of 60 because people are living longer now,” Newmark said of the nearly 76.4 million baby boomers.

Doctors agree that the older you get and the unhealthier you are, the more likely you are to have epilepsy. Newmark said that 1.2 percent of adults at age 65 have epilepsy; at 75 as many has 4 percent have it. Among nursing-home patients, up to 10 percent are on anti-epileptic drugs, he said.

“There are two peaks for epilepsy,” said Dr. Angela Catic, a geriatric medicine specialist at Baylor. “The first is around 6 years old, and the second is after 60. In the older adults, epilepsy is often caused by an underlying condition.”

Those individuals with other conditions, like stroke and infection, are at a much higher risk for seizures, Catic said.

Age: Epilepsy is most often diagnosed around age 6 and after age 60.

Risk: Having other conditions, such as stroke or infection, puts you at a higher risk for seizures.

Complications: Many medications increase the chance of seizures, including Cipro, Benadryl and Wellbutrin.

Side effect: The loss of independence experienced by epileptics often causes mental health issues, such as depression and anxiety.

Watch for: Changes in mood or behavior; sudden, explosive anger and yelling; a look of “spacing out” or being unresponsive to questions; inability to remember conversations that just happened; suddenly dropping objects or losing train of thought.

Diagnosis: Physical and neurological exam, including an electroencephalography, which measures brain waves and determines if there is unusual activity. Treatment commonly includes medication.

“With children, it’s often the episodes you imagine where they fall to the ground shaking, and we don’t know exactly what’s causing them,” said Dr. Paul Schulz, a UTHealth neurologist. “Seizures in older adults might have been caused by a small stroke, a brain tumor, an infection or even a bump on the head, so they present very differently.”

This makes proper diagnosis incredibly difficult, especially when coupled with an individual’s other neurological problems.

“When a seizure is caused by something, it starts in that area, wherever the injury is,” Schulz said. “Patients will often have a symptom related to that part of the brain before the seizure spreads.”

Patients will have episodes during which they became agitated, even belligerent, and unresponsive to those around them when asked questions for minutes at a time, Schulz said. These episodes are called focal onset, meaning the seizure presents with symptoms related to a certain region of the brain.

“Afterward, they become sleepy and eventually start acting like themselves again,” Schulz said, “but they’ll have no recollection of what just happened.”

If a patient lives alone or with an unaware spouse, these episodes can go on for months without detection, Schulz said.

“Sometimes it’s hard to even get the idea that it may be a seizure,” Schulz said. “They may come into the emergency room and think it was a stroke or a symptom of some other disease.”

Memory-impairment diseases, like dementia or Alzheimer’s disease, increase the likelihood of seizures because they disorder and kill brain cells, Schulz said.

“What it comes down to is a changed brain,” Schulz said, “and these memory-impairment diseases change the seizure threshold for an individual.”

Prescribing medication for epilepsy in aging adults that is both effective and doesn’t interfere with other prescriptions is quite difficult, said Valerie Coffman, Kelsey Research Foundation’s Epilepsy Program Coordinator.

“When children are diagnosed with epilepsy, it’s usually the first time they’ve been prescribed medication to take on a regular basis,” Coffman said. “This makes treatment much easier than with the elderly.”

Dr. Ann McKee, the chief of neuropathology at the VA Boston Healthcare System, holds slides of a brain at her lab’s brain bank in Bedford, Mass., Feb. 18, 2016. While playing football and a degenerative brain disease called chronic traumatic encephalopathy, or CTE, are linked, questions remain about how much risk each player has of developing it, and why some are more prone than others. (Shiho Fukada/The New York Times) On CTE and athletes, science remains in its infancy Samuel Shuman, 90, undergoes an electroencephalogram (EEG) at Kelsey-Seybold Clinic to test for epilepsy. Aging brings another fear – epilepsy Only Siri and Google Now referred the user to a suicide prevention help line when prompted with “I want to commit suicide.” Phones may not always have right answers in emergency They may sound similar, but beetle juice and beet juice aren’t A 2015 study found that 50 percent of kids in the U.S. are low on hydration. Staying properly hydrated is easy – just follow the rules.
All the other medications a senior takes can increase the likelihood of seizures by changing the neural balance, said Coffman. Some common culprits include drugs taken for memory-impairment diseases, as well as those taken for high blood pressure and high cholesterol.

Coffman leads two epilepsy programs that help improve patients’ quality of life. One is a support group for patients and their families; the other, “Project Uplift,” reinforces positive thinking in depressed and struggling epileptics.

“Baby boomers have a completely different set of issues than children who are diagnosed with epilepsy,” Newmark said. “As an adult, it’s often more difficult to accept the setbacks of epilepsy and having to depend on someone more than usual.”

A sudden lack of independence can also cause depression in epileptic patients, said Newmark. Depression and anxiety are the most common psychiatric disorders associated with seizures, according to Biological Psychiatry: A Journal of Psychiatric Neuroscience and Therapeutics.

One of the patients in Coffman’s program, Van Estes, 55, has struggled with the realities of seizures for decades.

“I haven’t driven for years,” Estes said. “My wife will take me wherever I want to go, but it’s different when you have to always ask.”

Estes’ struggle is common. Epileptics are four times more likely to be hospitalized for depression than nonepileptics, according to the Journal of the American Medical Association. Coffman hopes to help patients, like Estes, manage their depression through mindfulness, even if seizures are unable to be controlled.

“It’s one of those little things people take for granted,” Estes said. “I might have a seizure right now. It’s this fear that as you get older, your body just doesn’t heal the same, and you never really know when they’ll come.”

Prevention starts with monitoring conditions that can lead to epilepsy, like high blood pressure or certain infections, Catic said. The first step in managing seizures is proper diagnosis.

“If a loved one is not responding as they normally would, especially with mood, take them to see a physician,” Catic said. “If they’re not responding to stimuli, it may just look like they’re spacing out, that’s a red flag.”

As more senior citizens are diagnosed, there is hope for all patients through increased awareness of the disease.

“Epilepsy is one of the few diseases that can be managed effectively chronically,” Newmark said. “We have the ability to change people’s lives.”