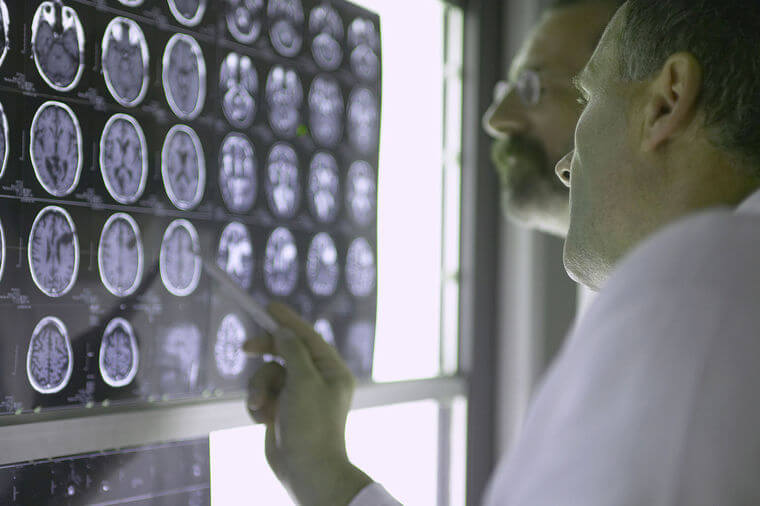 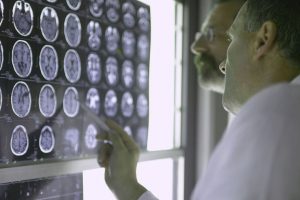 Two doctors look at images of a brain scan. Scans such as these are often used to help determine if a person has epilepsy or is prone to seizures. Currently, Allegheny General Hospital is conducting a study to determine best practices for treating epilepsy in emergency departments.

In the United States, one out of 26 people will be diagnosed with epilepsy at some point in their life, according to the Epilepsy Foundation.

The way that epilepsy can be managed is through different medications that can help control the seizures.

Medications also become important if someone is having a seizure, and knowing which one will work the quickest and safest is key.

This is why 39 medical centers across the United States have agreed to join The Established Status Epilepticus Treatment Trial to determine the best way to treat prolonged seizure patients who come into emergency departments.

Locally, Allegheny General Hospital, UPMC Presbyterian Hospital and Children’s Hospital of Pittsburgh are participating by enrolling patients in the trial.

“Right now we are in the phase of making sure the public is aware of what we hope to do,” said Dr. Andrea Synowiec, principal investigator of the study at Allegheny General. “We hope to have the study underway sometime late this fall.”

Participants in the study are not taken on a volunteer basis, but become participants if they present symptoms of a status epilepticus (SE), a seizure or recurrent seizures lasting longer than five minutes without stopping, and are taken to an emergency department.

“Basically there is a standard protocol followed by the EMS (emergency management system) when there is a call of seizures. They typically give first-line medication, and hopefully the seizure stops. When it doesn’t stop, the person becomes a candidate for the study,” explains Synowiec. “Across the country three different medications are used. We don’t really know which one works the best. The idea for the study would be when the first medicine doesn’t work, we will randomize which one of the medications they get (as long as there are no restrictions based on criteria of age or medication interaction). Through this process we hope to find out which medication works the best and which is the safest.”

In this trial phenoytoin, valproic acid and levetiracetam will be used.

According to Synowiec, there is no planned time period for the study. The end will depend on the data received.

“They (the study organizers) are evaluating the data as we collect the data. Once the question is answered statistically, the enrollment will stop,” she said, adding that it will most likely be a year to a year and a half until they have the information they need.

While it is unsure when the study will conclude and what the actual conclusion will be, Synowiec agrees that the information received from the study could be very helpful to those diagnosed with epilepsy.

“What it should mean is that instead of a doctor using a best guess or personal preference on what medication to use, we will give these doctors evidence to suggest which medication works the best and the safest,” she said.