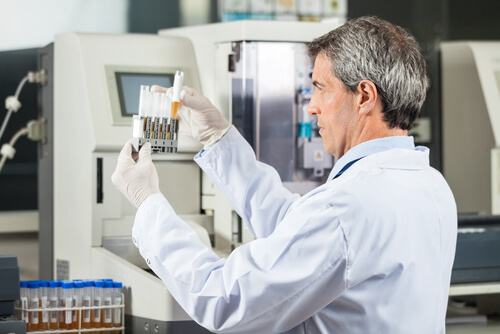 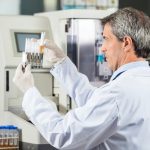 Aeolus Pharmaceuticals, Inc. a biotechnology company developing compounds to protect against radiological and chemical threats, announced the publication of a study in mice demonstrating that treatment with their AEOL 10150 significantly improved memory and decreased nerve death after exposure to pilocarpine, an organophosphate used to simulate epilepsy and nerve agent exposure.

The publication titled, “Reactive oxygen species mediate cognitive deficits in experimental temporal lobe epilepsy,” was published in the July volume of Neurobiology of Disease. The study, conducted by Dr. Manisha Patel’s laboratory at the University of Colorado Skaggs School of Pharmacy and Pharmaceutical Sciences, implicates oxidative stress as a novel mechanism by which memory loss and learning deficits can arise during epilepsy and suggests that treatment with AEOL 10150 may be a disease-modifying therapeutic approach to target it.

“Memory loss and learning deficits are common problems in patients suffering from epilepsy. Currently, it is unknown how these cognitive impairments arise and no therapies exist to treat them,” stated Manisha Patel, PhD, Professor, University of Colorado Skaggs School of Pharmacy and Pharmaceutical Sciences. “The results of our study demonstrate that oxidative stress contributes to memory loss and learning deficits caused by pilocarpine and that treatment with AEOL 10150 prevents oxidative stress, deficits in mitochondrial oxygen consumption rates, hippocampal neuronal loss and cognitive dysfunction. Importantly, the effects of AEOL 10150 on cognition persisted beyond the treatment period, which suggests that AEOL 10150 may have disease-modification potential.”

While there are current treatments for the seizures that characterize epilepsy, there are no drugs currently approved to address the cognitive impairments that accompany the disease. In the past, it has been believed that if seizures are controlled, memory deficits will subside. However, this study and others suggest that this is not the case, as memory impairment is evident at or before the first seizure, suggesting that memory deficits are not merely a side effect of seizures. This study showed that protection of both neurons and learning and memory can be achieved without a corresponding decrease in seizures. This important dissociation between seizures and cognitive impairment raises the possibility of pairing a drug with neuro-protective and cognitive benefits, like AEOL 10150, with anti-seizure drugs as a combination therapy for achieving optimal control of seizures, while preventing memory loss and learning deficits.

In addition, the results of this study have implications beyond the treatment of epilepsy, as pilocarpine produces long-term neurochemical and behavioral changes similar to changes induced by exposure to chemicals such as nerve agents. In fact, pilocarpine is often used as a surrogate of organophosphate nerve agents such as Soman and Sarin. AEOL 10150 has previously shown efficacy in these pilocarpine nerve agent models and is currently undergoing evaluation as a medical countermeasure to chemical warfare agents through a $4.8 million grant from NIH CounterACT to Dr. Patel.

“The results from this study further confirm the efficacy of AEOL 10150 as a broad spectrum medical countermeasure with potential for dual use in cancer therapy, pulmonary fibrosis and neuro-protection,” stated John L. McManus, President and Chief Executive Officer of Aeolus Pharmaceuticals, Inc. “AEOL 10150 has significantly improved survival in more than a dozen studies of lethal chemical and radiological exposure to the lungs and the results of this study provide further evidence of protection of healthy tissue. We are grateful to our colleagues at the University of Colorado for their excellent research.” About AEOL 10150

AEOL 10150 has already performed well in animal safety studies, was well tolerated in two human clinical trials and has demonstrated statistically significant survival efficacy in multiple Lung-ARS studies in animals. Aeolus has received “Orphan Drug” designation for the use of AEOL 10150 in treating Lung-ARS and Idiopathic Pulmonary Fibrosis and has filed an IND to allow for human safety testing of the compound in healthy volunteers. AEOL 10150 is also currently in development for use in Idiopathic Pulmonary Fibrosis and as both a therapeutic and prophylactic drug in cancer patients.