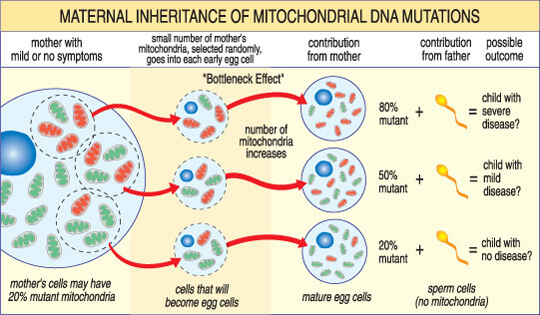 About 1/4 of Mitochondrial Disease Patients have Seizures

Around a quarter of patients with mitochondrial diseases have seizures, but these do not appear to increase their risk of dying, report researchers.

Overall, 23.1% of the 182 adult patients in the study had been diagnosed with epilepsy; 19.2% had active epilepsy and 3.8% had a history of seizures but had not experienced any in the preceding 12 months.

However, none of the 20 (1.6%) deaths that occurred during 7 years of follow-up were linked to epilepsy, despite some patients having seizure-related morbidities, such as status epilepticus.

As reported in the Annals of Neurology, the prevalence and type of seizures varied according to genotype. They were most common in patients with the m.8344A>G point mutation, affecting 92.3% of 13 patients, all of whom had myoclonic jerks, which in many cases were quite subtle.

The researchers note that this mutation is evenly distributed throughout the body, resulting in a homogenous phenotype. By contrast, the most common genotype of the m.3243A>G point mutation is variably distributed, resulting in a wide range of seizure types. Seizures occurred in 34.9% of the 63 patients with this genotype, and were most commonly focal motor seizures, but also included focal seizures evolving to bilateral convulsive seizures; focal sensory, dyscognitive or myoclonic seizures; and tonic–clonic seizures. 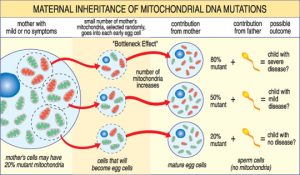 dsPatients with this genotype were the most likely to have seizure-related morbidities, with stroke-like episodes occurring in 15 and status epilepticus in five.

There were 13 patients with recessive POLG mutations, of whom 23.1% had seizures of varying types. Just 7.1% of 14 patients with multiple mitochondrial DNA deletions and 3.0% of 33 with a single, large-scale deletion had epilepsy.

There was just one patient for each of the rare m.12147G>A, m.8993T>G and recessiveTRIT1 mutations, and all had epilepsy. As just one patient represented each mutation, “[t]he true prevalence in these genotypes therefore cannot be determined, although the implication is that this may be very high”, say Roger Whittaker (Newcastle University, UK) and study co-authors.

The patient with the m.12147G>A mutation also had a history of both stroke-like episodes and status epilepticus.

In addition, there were patients with another 15 genotypes between them, none of whom had epilepsy. The most common of these genotypes were PEO1 (13 patients), OPA1(seven patients), m.14709T>C (five patients) and RRM2B (four patients).

“This information will be of use in offering prognostic advice to adult patients diagnosed with mitochondrial disease and is a first step in developing more rational treatment strategies for those patients in whom epilepsy develops”, conclude the researchers.