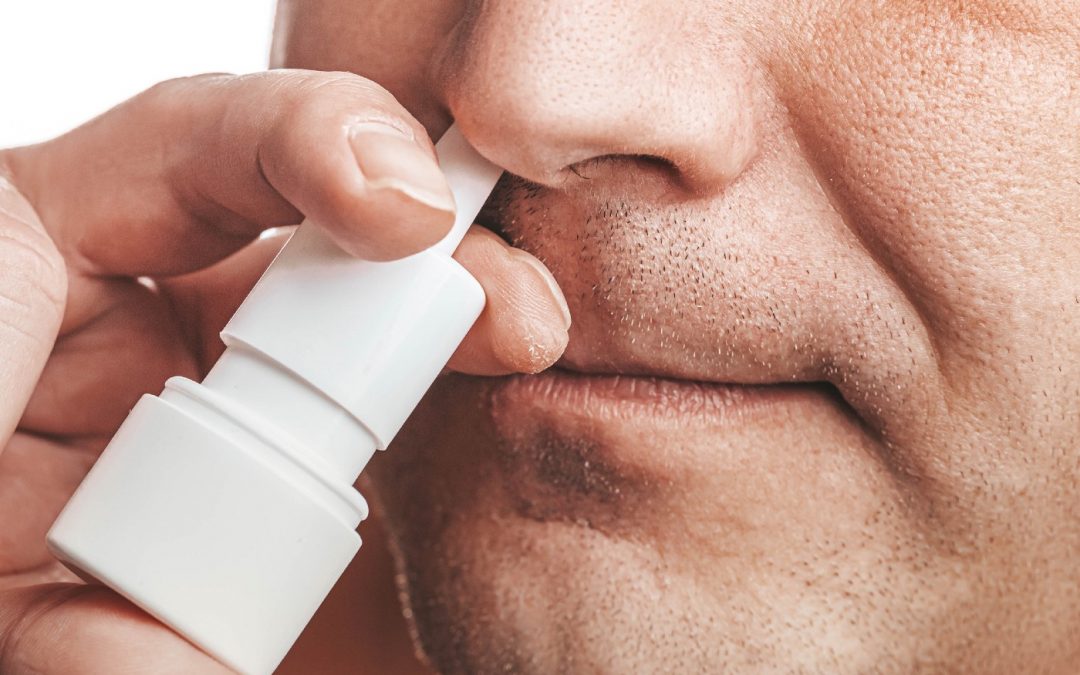 A nasal spray to treat epilepsy

Early results for an anti-seizure drug administered as a nasal spray show a more targeted approach to helping get seizures under control.

Alzheimer’s disease is one of the most common causes of dementia. Besides memory loss and other cognitive disabilities, patients with this neurological disorder can also experience recurring seizures, better known as epilepsy, caused by uncontrolled neuronal activity in the brain that results in involuntary muscle movements and abnormal states of awareness.

“Alzheimer’s disease affects nearly 50 million people globally,” said Qin Wang, professor in the Department of Neuroscience and Regenerative Medicine and director of the Program for Alzheimer’s Therapeutic Discovery in the Medical College of Georgia at Augusta University. “In these patients, the prevalence of seizures reaches up to 64%.”

Seizures can be also brought on as a result of injury or else triggered by medication. When untreated, these events can result in the death of neurons, which causes devastating consequences for patients and their quality of life in the long term.

Clinical treatments which help control convulsions are available but unfortunately almost a third of epileptic patients don’t respond to them. Due to specific changes that occur in the neurons of patients with Alzheimer’s, finding an appropriate treatment is even more problematic.

“It is highly challenging [to treat seizures in Alzheimer’s disease] since most current anti-seizure drugs have adverse effects on cognition or mood,” said Wang. “We need different, more targeted therapies for seizure termination, which would also help patients with drug-resistant seizures.”

Targeting a receptor in the brain

Wang has been studying how to control the activity of a receptor in the brain called the adenosine 1 receptor (or A1R), which when activated, prevents neurons from becoming overexcited and progressing to a seizure state.

In a recent study, she and her team described how a molecule they created called A1R-CT was able to indirectly activate A1R to reduce epileptic attacks in disease models. The research team believes A1R-CT could be tested in humans to treat epileptic events in the future.

“Our study opens a new direction for therapeutic development of seizure control,” said Wang. “If successfully developed for human use, the A1R-CT peptide would represent the first [drug] to offer a more targeted therapy facilitating seizure termination.”

As Wang says, current drugs target unspecific biological mechanisms, which produce a general silencing of neuronal activity. This strategy is not always helpful, since epilepsy can be caused by other changes in the brain that are resistant to this type of medication. That is why she and the team decided to create A1R-CT, a molecule that triggers a defense mechanism that occurs naturally in the brain.

Getting seizures under control

When seizures occur, the brain has a natural way of terminating them by activating A1R, which “turns on” cellular mechanisms to calm neuron activity. But simply developing a therapy to directly activate A1R would be unsafe because this receptor is found in organs and tissues outside of the brain. Said therapy would cause a myriad of unwanted side effects, such as arrhythmias when A1R is activated in the heart.

Wang and her team focused on finding a way to promote A1R activation specifically in the brain with a strategy that wouldn’t affect other organs.

In a previous study, her team identified a group of proteins that link together with the A1R receptor to form a cluster of several molecules commonly known as a protein complex. Under normal conditions, the formation of this complex blocks the continuous activation of A1R.

They found that one of the proteins in the complex is a synaptic protein called neurabin and explored the effects of removing it. When they treated neurons with an A1R activator, they observed the receptor function increased if neurabin was absent.

Wang and her team therefore decided to try obstructing the formation of this protein complex by preventing neurabin’s binding to A1R, leaving A1R “free” to terminate seizures by calming cellular activity.

To do this, they created two short proteins (commonly known as peptides) called A1R-CT and A1R-3iloop, each of which mimic different sections of A1R that link to neurabin. After testing, they observed that A1R-CT better disrupted A1R-neurabin binding, and when tested in mice, seizures reduced in frequency and duration.

“This [discovery] is based on many years of research on this receptor [A1R] and its regulators,” said Wang. “We are very happy to see the translational potential of this peptide. Overall, our research shows an example of starting from basic discovery to the development of a potential therapeutic reagent.”

Besides helping to shut down seizures, A1R’s natural activation also prevents neuronal damage, which occurs during an epileptic event, where uncontrolled neuronal activity induces the death of some cells, and can deteriorate cognition.

In controls where mice had not been given the A1R-CT therapy, the team observed damage after a seizure. However, the brains of mice treated with A1R-CT showed a pronounced reduction in the death of neurons. The result indicates that the A1R-CT peptide has a neuroprotective effect on the brain.

Nose to the brain, non-stop

Another advantage of Wang’s proposed therapy is that it was designed as a nasal spray.

During a seizure, an individual is incapable of swallowing, which means a pill to help bring the event under control is impracticable. There is also the added hurdle of bioavailability, as when a drug is given as a pill or by injection it reaches the blood before getting to the brain. This means that a high concentration is needed to ensure it makes it to the desired location in significant enough quantity to have an effect.

Administering an anti-seizure drug into the nose allows it to bypass circulation since the nose and brain are connected via the olfactory and trigeminal nerves.

To date, only two nasal spray seizure medications are available: diazepam (Valtoco) and midazolam (Nayzilam). Both silence neuronal activity in a broad, untargeted manner, and though helpful, cause some unwanted side effects.

Wang hopes her team’s A1R-CT peptide will provide a better, targeted therapy to control epilepsy. “There is still a lot of research needed to be done,” said Wang. “But we are working toward bringing the agent into human trials.”