A Gene-Based Approach to Epilepsy Therapy 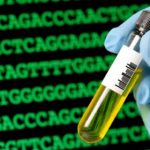 The next phase of personalized medicine in epilepsy may be therapy that is tested and targeted to the specific genetic mutation causing an individual’s seizure disorder.

A new genetic research company is the first to pair expertise in rare disease genomics with advanced analytics to provide healthcare professionals with an extensive and highly personalized evaluation on individual epilepsy patients.

According to Fox, no other company is providing this kind of precision medicine in epilepsy. The aim, he explained, is to help patients who have already been diagnosed with epilepsy and have undergone sequencing.

Scientists then replicate the mutation that has been identified, characterize it, and test drugs on it.

“Individuals who have a rare mutation that is causing their seizures in the epilepsy setting, who have nowhere to go once their mutation has been identified, can now contact us,” said Fox.

“We will take that mutation into a laboratory setting and create a replica of it. We will characterize the mutation, and we will test compounds against the mutation that might restore activity to normal.”

The company then reports this information back to the treating physician, who will ultimately make the treatment decisions along with the patient.

An estimated 2% to 4% of childhood epilepsies are genetically based. Researchers are discovering more genetic causes of epilepsies all the time.

Pairnomix’s advisory board has many heavyweights in the field of genetics, neurology, and electrophysiology. One member is epilepsy expert Orrin Devinsky, MD, professor, neurology, and director, New York University Comprehensive Epilepsy Center.

Dr Devinsky says the advantage of this new initiative is that it incorporates a targeted approach to epilepsy therapy that accelerates the process of finding an effective therapy.

Once an initial model is developed with the specific gene of interest, “multiple drugs can be screened that might be predicted to work.” For example, if a channel disorder is identified, specific calcium channel inhibitors could be tested.

If there are promising results here, the drug or drugs would then be further tested on a mouse model, he said.

“This is a precision approach where we take a specific mutation, a specific gene, and try to assess what’s the biological effect and then how best to treat that,” said Dr Devinsky. “It’s more focused and hypothesis driven, and getting to a potential therapy much sooner for a specific mutation.”

The drugs that will be tested in these models will have human safety data, stressed Dr Devinsky. “We will not be taking a drug off the shelf that has never been given to a human before; because even if works, it would be so hard to get it to a patient.”

The number of epilepsy treatment options is “in the hundreds” now, he said.

Fox acknowledged that initially the testing will be costly — prohibitively so for most patients — because building cell lines is extremely expensive. He pointed out, though, that many patients and families have already spent “hundreds of thousands of dollars” over time for academic universities and genetic counselors, in most cases coming up without an effective therapy.

But once the company has built up several case studies to present to the payer system, Fox is hopeful that some costs will be reimbursed.

“Our only sticking point is obviously the high price at the outset is prohibitive for many,” he said. “We will make all efforts to move toward the insurance system and reduce our costs as much as possible over time.”

To that end, the company is committed to doing up to $300,000 in pro bono work to support up to four patient reviews. It has signed a partnership with KCNQ2 Cure Alliance to explore rare genetic mutations in KCNQ2 epileptic encephalopathy, with the goal of identifying more effective and accurately targeted therapies.

Only about 200 people around the world have been diagnosed with KCNQ2 epileptic encephalopathy, but many more may be affected and not yet diagnosed because the mutation was only recently discovered and testing newly available.

Although the company will initially offer this personalized approach to patients with epilepsy, it plans to eventually expand to include other rare diseases.

Attracting interest from large pharmaceutical companies for this type of venture is difficult; for the most part, they’re focused more on developing drugs that will target groups, albeit in some cases small ones, rather than individuals, said Fox. “We are helping individuals from the bottom up.”

However, Fox is confident about securing support. The Epilepsy Foundation has expressed “great enthusiasm” about the concept, as have patients with epilepsy and their families, as well as epilepsy experts, he said.

But not all epilepsy experts are so keen.

“My feeling is that we’re still a long way from practically using such analysis, and it seems early in the research to be charging patients for information that is of unproven value to their treatment.”

Dr Privitera said he has “issues” with companies doing “very expensive genomic testing without proof that it actually has benefits.”

He pointed out that he attended a Hot Topics session during the AES meeting here, where Annapurna Poduri, MD, director, Epilepsy Genetics Program, Boston Children’s Hospital, Massachusetts, showed a list of genetic tests in which the results would potentially lead to changes in therapy. “That list was very short,” said Dr Privitera.

“This kind of testing is great in theory, but I would like to see some real results and how it affects the patients before advocating for this expensive treatment. Perhaps they have some results that would prove me wrong, so I’d be interested to see.”