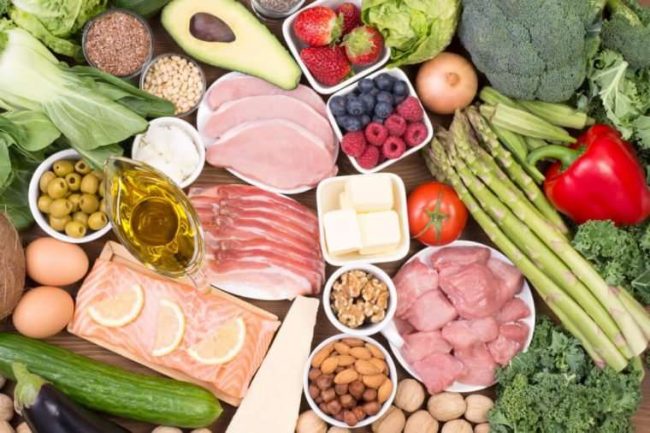 FOR THOSE WHO HAVE BEEN UNABLE TO FIND AN EFFECTIVE TREATMENT TO REDUCE SEIZURES, IT IS REASSURING TO KNOW THAT THERE ARE LIFESTYLE CHANGES THAT MAY BE USED WITH NORMAL DRUG TREATMENT TO REDUCE THE NUMBER OF “SEIZURES BY MORE THAN HALF”, ACCORDING TO A NEW STUDY.

Epilepsy, a common and serious neurological disorder, affects more than 3.4 million people in the US, according to CDC. Those living with epilepsy often experience frequent and debilitating seizures.

Despite the availability of many anti-seizure medications, 30% of individuals with epilepsy still have uncontrolled seizures.

The research, which was published in Neurology® today, suggests that patients may benefit from a simple lifestyle change.

For individuals with drug-resistant epilepsy, a combination of medication and a modified Atkins diet high in fat and low in carbohydrates may provide relief from seizures, according to a new study.

This groundbreaking research offers hope for those who have previously struggled to find effective treatment options.

A recent study by the All India Institute of Medical Sciences has found that combining lifestyle changes with traditional drug therapy may significantly reduce the number of seizures experienced by people with drug-resistant epilepsy.

Lead study author, Dr. Manjari Tripathi, said, “it’s encouraging to see that there are lifestyle changes that can be combined with standard drug therapy to reduce the number of seizures,” and their “study found that this combination may reduce the chance of seizures by more than half.”

This promising research offers new hope for those who have struggled to find effective treatment options for their epilepsy.

The modified Atkins diet, a variation of both the Atkins and ketogenic diets, may help to reduce seizures in individuals with drug-resistant epilepsy. This diet includes high-fat, low-carbohydrate options such as soy products, heavy cream, butter and oils, leafy green vegetables, and animal protein including eggs, chicken, fish, and bacon. While the ketogenic diet has previously demonstrated success in seizure reduction, its strict guidelines can make it challenging for some to follow. The modified Atkins diet offers an alternative for those seeking the potential seizure-reducing benefits of the ketogenic diet, with potentially more flexibility in food choices.

In the study, 160 adults and adolescents with epilepsy were given the opportunity to participate in a six-month trial involving either traditional drug therapy alone or a combination of medication and a modified Atkins diet.

All of the participants had struggled with epilepsy for over a decade, experiencing at least 27 seizures per month despite having tried an average of four different antiseizure medications at maximum doses.

As part of the study, participants were asked to track their seizures and meals in order to gauge the effectiveness of the modified Atkins diet. They were provided with food lists, sample menus, and recipes to assist them in following the diet, which restricts carbohydrate intake to 20 grams per day. This is significantly lower than the federal dietary guidelines, which recommend consuming between 225 and 325 grams of carbohydrates daily.

After six months, researchers discovered that 26% of the participants who received both drug therapy and followed the modified Atkins diet experienced a greater than 50% reduction in seizures, compared to only 3% of those who received drug therapy alone. Four individuals in the diet group became seizure-free by the end of the study, while no one in the medication-only group achieved this result. These findings suggest that the modified Atkins diet may be a promising adjunctive treatment for those with epilepsy.

At six months, the research also examined side effects, behavior, and quality of life. Compared to the group that received medication treatment alone, the group that also followed the modified Atkins diet showed improvement in all categories.

Tripathi said that 33% of the people who took part in the study didn’t finish it because they couldn’t handle the diet, didn’t see any benefits, or couldn’t be tracked because of COVID-19. Tripathi, on the other hand, said that the modified Atkins diet was better tolerated than the ketogenic diet.

“While the modified Atkins diet may be an effective treatment in controlling seizures, further research is needed to identify genetic biomarkers and other factors associated with the response to this diet,” Tripathi added. “This may improve patient care by encouraging targeted precision based earlier use of this diet.”

One limitation of the study is that seizure frequency was self-reported or reported by caregivers, which may have resulted in some seizures going unreported.