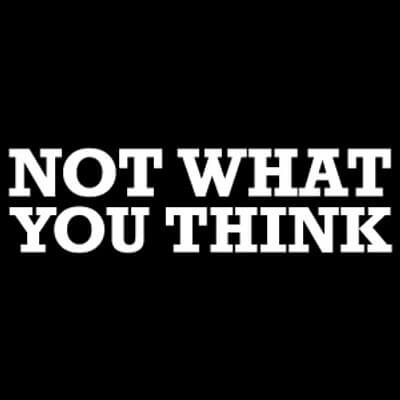 7 Things You Should Know About Epilepsy 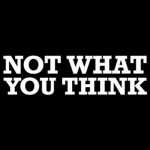 If all you know about seizures and epilepsy comes from movies, chances are you picture a person shaking violently and foaming at the mouth after seeing too many flashing lights. While that’s one of the faces of epilepsy, the seizure disorder doesn’t always look that way.

Though it’s more common in young children and the elderly, anyone at any age can have a seizure or develop a seizure disorder. What’s happening when you have a seizure is that the brain’s signals are misfiring, Glenna Tolbert, M.D., assistant clinical professor at the David Geffen School of Medicine at UCLA and founder and medical director of neurological and orthopedic rehab center Tolbert Rehab, tells SELF. “Our whole body is an electrical system. We’re communicating through the nerves, and they’re electrical, and your brain is the main generator,” she explains. “A seizure happens when there’s a misfiring of your nerve cells and the electric activity in the brain is disrupted. It could be temporary, or it could be a chronic problem.”

A disorder is when this problem becomes chronic. Here, Tolbert explains what’s actually going on when you have a seizure disorder.

1. Epilepsy is a seizure disorder that causes chronic seizures with no known cause.

If a person has two or more seizures, and they cannot be connected to another specific medical cause—like a high fever, low blood sugar, or alcohol or drug withdrawal—they may be diagnosed with epilepsy. For many, the cause is unknown. Epilepsy can be connected to other neurological diseases or genetic disorders, loss of oxygen during birth, brain infection, brain injury, a tumor, orstroke. According to the CDC, about 5.1 million people in the U.S. have a history of epilepsy and 2.9 million people have active epilepsy.

2. If epilepsy is genetic, it will likely show up when you’re a baby. Otherwise, a significant brain illness or injury can cause the disorder.

If your epilepsy is genetic, you’d likely be diagnosed early in life, Tolbert says. “A seizure diagnosis later in life is usually because something caused it,” she says. For a young adult, the most common cause is trauma. “It typically doesn’t turn into a disorder,” she adds. “As soon as you treat the cause, it has a really good prognosis.” But for some, brain infections or injuries can lead to the development of seizure disorder. Epilepsy can also be caused later in life by a neurodegenerative disease like Parkinson’s or Alzheimer’s.

3. Just because you have a seizure doesn’t mean you have epilepsy.

There are a lot of things that can cause seizures, Tolbert says. “It could be trauma, a bleed, an infection, it could be a metabolic problem, drugs, or withdrawal from drugs.” The good news about that is if you know what causes a seizure, you can try to avoid another one. Other medical problems like high fever and low blood sugar can cause seizures. Again, if a cause can be pinpointed and remedied, there’s no reason to think you have a disorder. If you ever have a seizure, though, you should see a doctor to find out what caused it.

Sometimes they do. Other times, they’re so subtle they can go unnoticed. “It can be as subtle as a blank stare or loss of consciousness,” says Tolbert. “Think about your brain just checking out for a minute.” Seizures are usually classified as either generalized (affecting both sides of the brain) or a focal/partial seizure (affecting just one area of the brain) and can last anywhere from a few seconds to a few minutes. They’re not painful, but Tolbert notes that sometimes people can injure themselves mid-seizure.

5. Light can be a trigger, but so can poor lifestyle habits.

“Flashing lights can trigger it, not getting sleep or being tired can trigger it,” Tolbert says. RapperLil Wayne has said that he’s epileptic, and that for him, stress, no rest, and overworking himself can spark seizures. “That’s why it’s important to live a healthy lifestyle and for you to know your body,” Tolbert adds.

6. Women may have more seizures during their period.

According to the CDC, hormonal changes during menstruation can trigger seizures in epileptic women. There are also special considerations women with epilepsy should make before becoming pregnant, as some medications and even seizures themselves may be risky for a baby. Talk with your doctor about the best way to manage your epilepsy before trying to conceive.

7. Epilepsy is very treatable and though it’s chronic, most patients can live normal, healthy lives.

If you are diagnosed with epilepsy, your doctor may prescribe you anti-seizure medications such as Tegretol, Carbatrol, Valium, Ativan, and Klonopin.

“Most patients have a very good prognosis,” Tolbert says. But drugs typically only work for about two-thirds of people with epilepsy, the CDC notes. For some people who have focal seizures, surgery to remove the problem area may be a better option. For those who don’t find success with medicines or surgery, nerve stimulation may help. “Now research is looking into deep brain stimulation and more invasive type of therapies,” Tolbert says, to help those who have epilepsy that’s particularly hard to control.