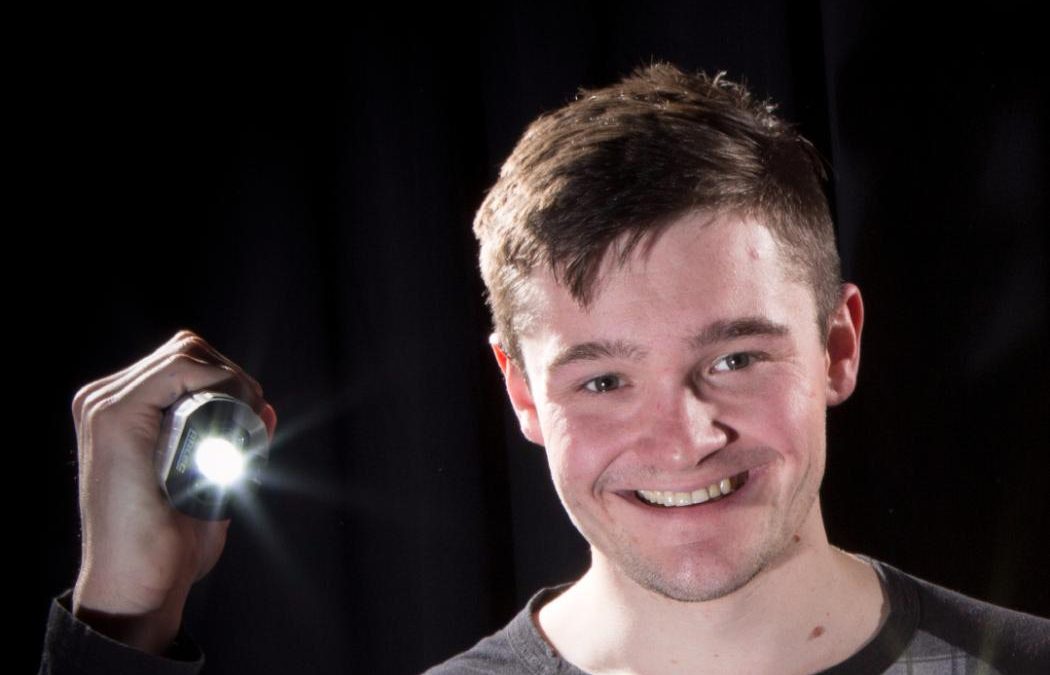 Many people have probably heard about the fact that flashing lights can cause seizures. About 3% of people who have epilepsy are affected by flashing lights when experienced at particular intensities or patterns. It is more common in young people and sometimes goes away with time, but for others with a condition known as photosensitive epilepsy, it remains a part of their daily experiences.

For those people, help is on the way in the form a young Kiwi inventor named Logan Williams who has developed a 3D printed polarized contact lens, which he is calling Polar Optics, that can help to combat the results of the condition. Williams, a student at the University of Canterbury, got the idea to address the problem upon learning that there were limited tools currently available to help those suffering with photosensitive epilepsy. Williams discussed the source of his inspiration:

“I was inspired to develop Polar Optics by one of my close friends who suffers from photosensitive epilepsy. The only treatment that gives sufferers some form of protection against the threat of a fit is medication, which can restrict diet, lifestyle, and have other adverse potential side effects. Polar Optics mitigates environmental threats, enabling sufferers to go about their daily lives without fear of a seizure. It has the potential to really make a difference to people all over the world with photosensitive epilepsy, and will also help anyone who suffers from headaches and migraines from bright light.”
Williams, who is in his fourth year studying for an MS degree in Applied Psychology, is exploring options for commercializing his invention. He’s no stranger to this process and has already begun a venture based on one of his previous developments, called Biome, which allows for the fabrication of biodegradable plastics, fabrics, and other products as a byproduct of Didymo, an invasive pest-algea. As a result of this idea, he was awarded first place and National Merit Award at the Eureka Science and Innovation Competition as well as being named a finalist at the New Zealand Top Student Awards.
In addition, he received a first place and People’s Choice award through the University of Canterbury Summer Startup Program. UC Centre for Entreprenuership Incubator Manager Michelle Panzer explained why he was chosen and what his participation in the program meant:
“What gives Logan’s ventures real potential is the fact that they solve very real problems. The UCE Summer Startup Programme provides students with an opportunity to focus their full attention on a business or social venture, with the support of a $5,000 scholarship. The 10-week programme is structured in a way that students are equipped with the necessary skillset to start, grow and develop their venture into a viable business or social enterprise. Speakers, mentors and industry experts play an important role in the programme, guiding and supporting these students along their entrepreneurial journey.”
This isn’t just a story about a good business idea that was developed as a result of 3D printing, but actually a product that can make a tangible difference in the daily lives of people suffering with this form of epilepsy. And I speak as someone who suffers myclonic seizures brought about by palpitating lights. The number of places where one encounters flashing lights is actually greater than you might initially think; it’s not just discos and the entry sequence for the Chicago Bulls. Just as those who can walk are less likely to notice when their day has included stairs, people who aren’t impacted by flashing lights tend not to notice them. For me, the worst offenders are driving on the highway on a sunny day with the light/shade alternation that happens as a result of pine trees on the side of the road, and those places that have, for reasons that will forever be beyond my grasp, placed their lights behind ceiling fans.
The way that this lens works to combat the effects of flashing lights in situations such as these is through the refraction of the light that is entering the wearer’s eyes and, thereby, lessening its intensity. As Williams described:

“This [refraction] departmentalizes the light wave, which has far less strength on the entire neurological system and gives wearers the vital seconds to close their eyes or move away from the threat. It also provides polarization for the full spectrum of vision and – the most vulnerable – peripheral vision.”
While the numbers of people suffering from this type of reaction are relatively small, providing us with a non-pharmaceutical tool with which to manage our affliction would certainly be well received. I wish him all the success in this worthy endeavor.
3D printing has additionally been put to use for those suffering from epilepsy with the first FDA-approved 3D printed pill and in a surgical robot to help relieve symptoms in the operating room.
Source: University of Canterbury