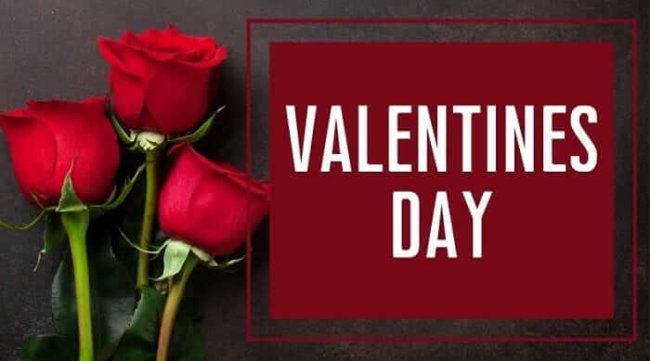 The Valentine’s Day we know—with its roses, chocolates, and cards—has seen its fair share of weird and wonderful traditions over the centuries. People have pinned their superstitions, hopes, and fears to activities and gifts that range from the sublime to the ridiculous. From writing a salty letter of insults to rid yourself of unwanted attention to using a key to ward off epilepsy, here are 11 of the oddest old-timey Valentine’s Day traditions from years past.

The Ancient Greeks and Romans used the bygone practice of ornithomancy, which involved reading omens by watching the actions of birds, to predict the future. As folklore evolved, people took on the superstition that the first bird an unmarried woman saw on Valentine’s Day was a symbol of the kind of man she would marry. A swan predicted a loyal partner for life; a dove meant she’d marry a kind-hearted person; and a blackbird signified she would marry a member of the clergy or someone who did spiritual, charitable work.

Thought Valentine’s was a day for love notes? Think again. The Victorians used this annual day of emotional expression to let it all out and send not only love poems but erstwhile hate mail. A vinegar valentine was a handy way to rid themselves of unwanted romantic attention. These nasty notes didn’t smell of vinegar in the same way a love letter may have had a perfumed smell, but they certainly were sour: The authors would outline all the things they loathed about the recipient, alongside a caricature illustration.

When the Victorians weren’t busy penning feisty vinegar Valentines, they were making other crafts. They’d create cute origami-like folded paper called puzzle purses. Unfolding each corner of the paper purse revealed a sweet poem or drawing. The corners were often numbered, giving the love notes an order, with a final message or illustration in the center. It wasn’t just the Brits who sent these—some beautiful American examples have survived the centuries and ended up in auction houses, selling for $6000 to $8000.

While red roses have grown to be Valentine’s Day flora of choice these days, traditionally violets were the first in line. Right up until the 1930s, New Englanders still preferred their Valentine’s gifts to be accompanied with a bouquet of violets. This is due to the original medieval mythology of Saint Valentine. According to one bit of lore, he was a priest who was persecuted by Emperor Claudius of Rome for his Christian beliefs. After Claudius imprisoned Valentine, the saint crushed violet flowers that grew outside his prison cell window to make ink, which he used to write his letters. A dove is said to have delivered his messages.

Learning the language of flowers became popular among the Victorians, who would send coded bouquets as a message to lovers. Every different color of rose even had its own meaning: red symbolizing love; pink meaning happiness; white suggesting innocence; and yellow telling of jealousy or infidelity. A secret dialogue would blossom between the pair of potential lovers, as flowers were used to answer “yes” or “no” questions. If the flowers were delivered with the right hand that indicated a “yes,” and if the left hand was used, the reply was a “no.”

6. WEARING YOUR LOVER’S NAME ON YOUR SLEEVE

During the ancient Roman festival Lupercalia, celebrated in mid-February, women would pin the name of their love interest on their shirt sleeve. The tradition developed in the medieval centuries, with jousting knights wearing a ribbon around their wrist as a token of love gifted to them by their beloved. The phrase wear your heart on your sleeve was first written by Shakespeare a few centuries later in his play, Othello, giving us the popular idiom used today.

7. GIFTING YOUR DATE A LOVE SPOON

Rather than celebrate Saint Valentine, people in Wales commemorate Saint Dwynwen, the Welsh patron saint of lovers, on January 25. People exchange the usual gifts of flowers and chocolates, as well as a particularly Welsh traditional gift: the love spoon. Starting in the 17th century, Welsh men would carefully whittle a delicate and intricately crafted wooden spoon for the woman they loved. You can still buy these gorgeous spoons in Wales now—just be selective in who you give it to.

8. GIVING CHILDREN A KEY TO WARD OFF EPILEPSY

Valentine’s gifts aren’t solely romantic. Valentine is also a patron saint of epilepsy, with many believing that the saint carried out miracle cures and healed young people of the condition—also once known as Saint Valentine’s illness in Austria, Switzerland, and Northern Italy. The tradition is still going strong there today: A chapel in Padua called Oratorio di San Giorgio holds a ceremony where children are given small keys to ward off epilepsy.

9. SENDING A SINGLE GLOVE OF LOVE

Here’s another moderately dramatic tradition from the Victorians: People would send a single glove to their beloved. Giving a pair of gloves as a Valentine’s gift was nothing new, as the Renaissance writer Samuel Pepys mentions in his diary, but the Victorian gentlemen tweaked the tradition to develop another secret signal. The chap would send one single glove to his chosen Valentine in the hope that she would wear the glove on Easter Sunday as sign that she returned his love.

Before mass-produced cards adorned the walls of stores around the world, some Victorian lovers would spend hours crafting their own elaborate and rather gaudy cards to represent their feelings. Each card was a flouncy creation, covered in ribbons, pressed flowers, gold and silver foil paper, and lace.

11. LOOKING FOR LOVE OMENS IN A CEMETERY

Forget haunting a cemetery on Halloween: As part of this superstitious tradition, young people would head to the graveyard on Valentine’s Day, according to author Leigh Eric Schmidt, where the lovestruck kids would look for signs and omens at midnight to guess at who their beloved would be.